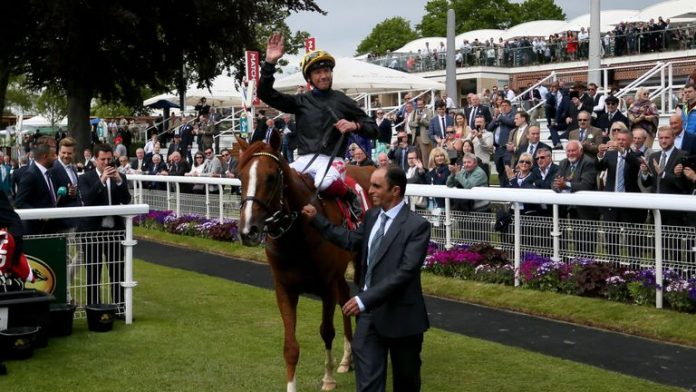 The eyes of the racing world will be on the United Kingdom this weekend as the eagerly-anticipated British Champions Day takes place at Ascot.

The meeting is the culmination of the British Champions Series, with the first five races end-of-season championships across various distances.

With over £4 million prize money up for grabs it is the richest day in British racing and attracts top equine stars from across the world. Read on as we pick our best bets from British Champions Day.

John Gosden’s three-year-old is our first prediction for the Lucky 15 and should get punters off to a winning start in the Fillies & Mares Stakes.

Star Catcher has reeled off successive wins in the Ribblesdale Stakes, Irish Oaks and Prix Vermeille, and looks a good bet to follow up at Ascot.

Aidan O’Brien has saddled the winner for the last two years and whatever he decides to run must be respected.

However, Star Catcher has improved throughout the season and is strongly fancied to give Gosden his second success in the race.

Stradivarius has swept all before him in the staying ranks over the past couple of seasons and can make it 11 wins in a row in the Long Distance Cup.

Gosden’s charge won the race last year and has not been beaten since finishing third behind Order Of St George in the 2017 renewal.

The five-year-old was hugely impressive in the Doncaster Cup during September and it’s difficult to imagine any of Saturday’s opponents possessing the quality to spring a surprise.

Stradivarius is seeking a record sixth British Champions Series win of the season and is banker material to get the job done.

Saeed Bin Suroor has resisted the temptation to run Benbatl in the Champion Stakes and his decision can pay off with victory in the Queen Elizabeth II Stakes.

Benbatl ended last year by finishing second behind superb Australian mare Winx in the Cox Plate, form which puts him head and shoulders above any of his rivals.

The five-year-old returned to action with an eye-catching in the Shadwell Joel Stakes at Newmarket at the end of September and he will be tough to beat at Ascot.

French challenger The Revenant should not be underestimated after winning eight of his last 10 races, but Benbatl is a confident selection to scoop the prize.

With the prospect of heavy ground at Ascot, the William Haggas trained Addeybb looks a standout bet in the Champion Stakes.

The five-year-old was an impressive winner in bottomless conditions at Haydock during August and he has been given plenty of time to recover from those exertions.

Enable’s absence from the race has taken some of the shine off this year’s renewal, although Coronet could prove an able deputy for Gosden.

Aidan O’Brien’s runners should also be noted, but Addeybb appeals as the most likely winner given the expected underfoot conditions.