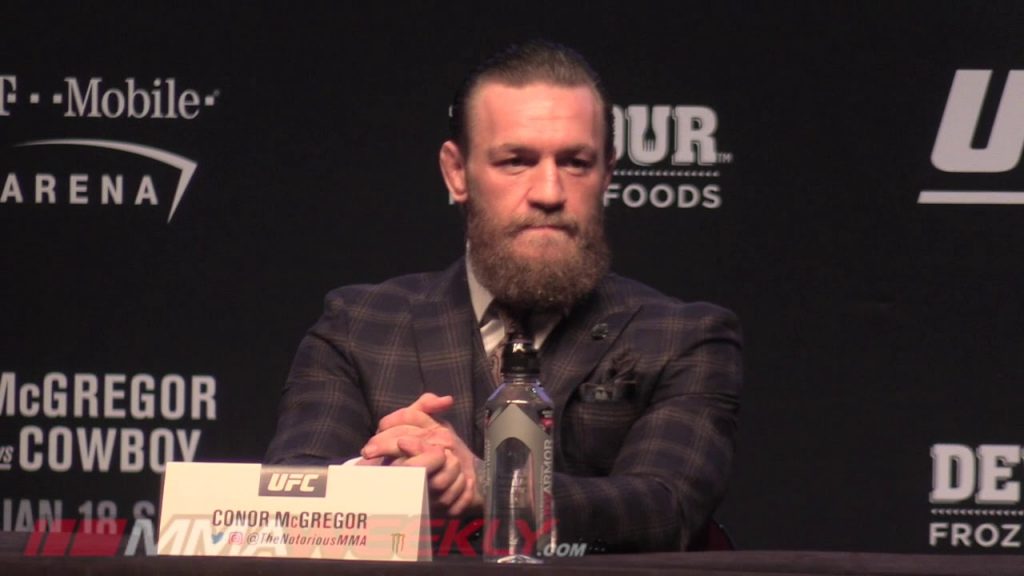 Conor McGregor will go head-to-head with Donald Cerrone at UFC 246 on Saturday eager to show that he remains a force to be reckoned with in mixed martial arts.

McGregor (21-4) hasn’t fought since being defeated by reigning UFC lightweight champion Khabib Nurmagomedov back in October 2018.

The Irishman had no answer to Nurmagomedov during that fight, leaving many pundits questioning whether he would ever return to the Octagon.

McGregor on a mission

McGregor (21-4) has admitted he failed to prepare properly for his clash with Nurmagomedov, but that is unlikely to be the case for his comeback.

He has looked on good terms with himself in the run-up to the fight and is returning to action with a point to prove.

At the press conference for his UFC 246 bout, McGregor pledged to remind everyone of his abilities when he faces Cerrone.

“I’m in a good spot, I’m ready to fight,” he said. “Sometimes we have to go to certain places in our life to realise what we need to do.

“I have turned over a new leaf. I feel the same young man, but I feel re-energised and refreshed.

“I’m still a passionate young man, still reaching for the stars and aspiring to do things that have never been done before.

“There is no one who can touch me. I made this game what it is, so I am going to go in there and remind everyone.”

With a 36-13 record to his name Cerrone is clearly not unbeatable, but it would be foolish to underestimate his chances against McGregor.

One major factor in his favour is the weight class for the bout, with McGregor making his comeback in a division he has fought in just twice before.

He recorded a win and a loss in two meetings with Nate Diaz at welterweight, while Cerrone has fought on 11 previous occasions at the 170lbs limit.

Cerrone has questioned the wisdom of McGregor’s decision to face him at welterweight and his views have been backed up by UFC boss, Dana White.

“Cowboy Cerrone is almost one of those guys that needs something big to fight for,” White told TMZ Sports.

“It’s more than just the money and the type of things that come along with it. This is the type of fight that Cowboy Cerrone is an absolute spoiler in.

“This is his deal. These are the types of fights he likes to be in. He’s fought at 170 many times, is comfortable at 170.

“Conor McGregor will probably weigh in at 169 or 168 or somewhere around there. It’s even hard for Conor to hit 170 – so a very interesting fight between two of the baddest in the business to ever do it.”

McGregor fancied to edge a classic

Cerrone’s experience as a welterweight certainly gives him every chance of causing an upset against McGregor.

However, there were signs in his last two defeats against Tony Ferguson and Justin Gaethje that his brutal career is finally catching up with him.

McGregor heads into the fight with a point to prove after he was mauled into submission by Nurmagomedov.

He can ill-afford another defeat on his record, particularly if he wants to maintain his status as the UFC’s star attraction.

On that basis, McGregor is strongly fancied to claim an impressive victory and move a step closer to a rematch with Nurmagomedov.