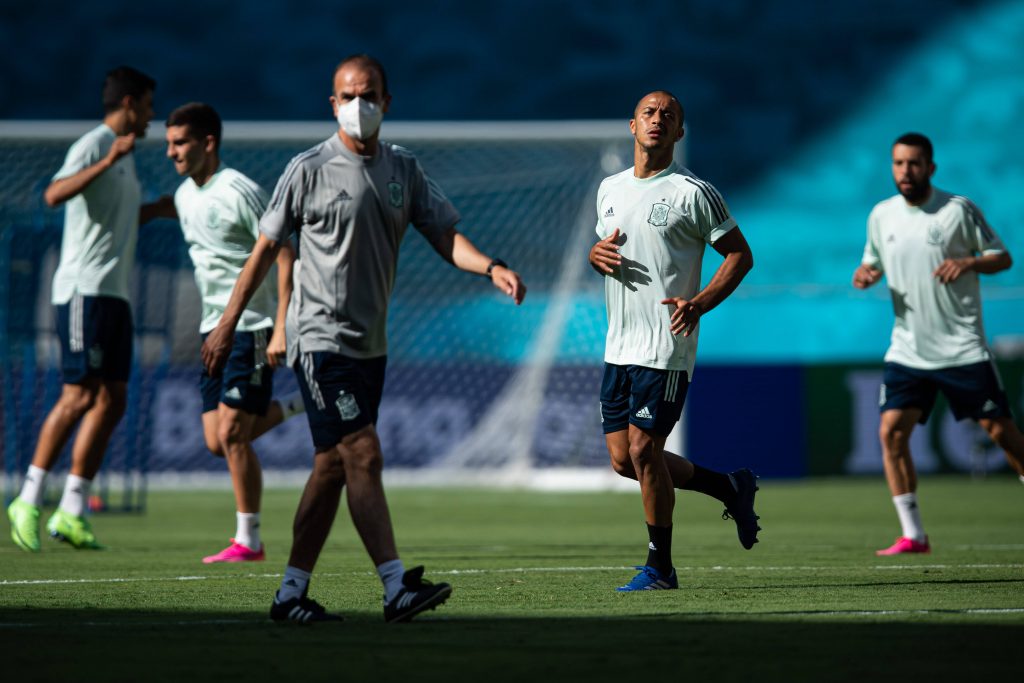 The UEFA Euro 2020 returns to the fold with an intriguing meeting in Group E as Spain and Sweden face-off at the Estadio La Cartuja on Monday.

The teams were paired together in the Euro 2020 qualifying Group F, with Luis Enrique’s men finishing top of the section, five points clear of runners-up Sweden.

Following the controversial sacking of Julen Lopetegui on the eve of the 2018 World Cup that resulted in the last-16 elimination to Russia, Spain will be looking to improve this summer.

Spain and Sweden have faced each other at a major tournament three times so far, with the Spaniards winning their only previous encounter at the European Championship finals.

La Furia Roja also dismantled Sweden 3-0 in their first meeting in the Euro 2020 qualifying campaign at home before being held to a 1-1 draw on foreign soil.

The 2012 European champions have found the net in all but one of their previous 12 matches against this opposition, friendlies included.

Spain have qualified for their seventh Euro finals in a row, last failing to reach the tournament in 1992.

The Spaniards have won the European crown three times in their previous ten attempts, including two in the 21st century, with only Germany winning the title as often La Furia Roja.

Since suffering group stage elimination at Euro 2004, they have progressed to the tournament’s knockout phase in all of their subsequent three participations.

Before losing back-to-back matches to Croatia and Italy at Euro 2016, Spain had gone unbeaten in their previous 14 games at the European Championships (W11, D3).

Spain’s habit of making sluggish starts to major international tournaments has seen them win their competition opener (World Cups and Euros) just once in their last five attempts.

Since making their European Championship debut in 1992, Sweden have qualified for all but one of the subsequent six continental tournaments.

Sweden’s competition debut saw them reach the semi-finals, which remains their best result at the Euro finals, with four of their subsequent five appearances at the European Championships ending in the group stage.

The Blagult have failed to make it out of the group stage in their last three Euro appearances, winning just two of their nine matches in that period (D1, L6).

Additionally, Janne Andersson’s men have kept a clean sheet only once in their last eight games at the European Championships, conceding precisely once per match in all three Euro 2016 group stage fixtures.

That being said, Sweden head into this encounter on the back of five consecutive victories overall, four of which were accompanied by a shut-out.

Spain vs Sweden Players to Watch

Though Gerard Moreno might not be the name that will spark the football fans’ imagination the way David Villa and Fernando Torres did back in the days, the Villarreal forward is the one to keep an eye on.

The 29-year-old was the most prolific Spaniard in the 2020/21 La Liga season with 23 strikes and was directly involved in more goals (six) than any other Spanish player in the Euro 2020 qualifying campaign.

Thiago Alcantara and Ferran Torres are also ones to watch given their excellent performances for Liverpool and Manchester City respectively in the last few weeks of the Premier League season.

In the absence of the Swedish icon Zlatan Ibrahimovic, the 34-year-old Marcus Berg will have to carry the scoring burden for his team at Euro 2020.

The Krasnodar marksman put Sweden in front when they last met Spain in the qualifying series.

He has either scored or assisted in his previous three international appearances.