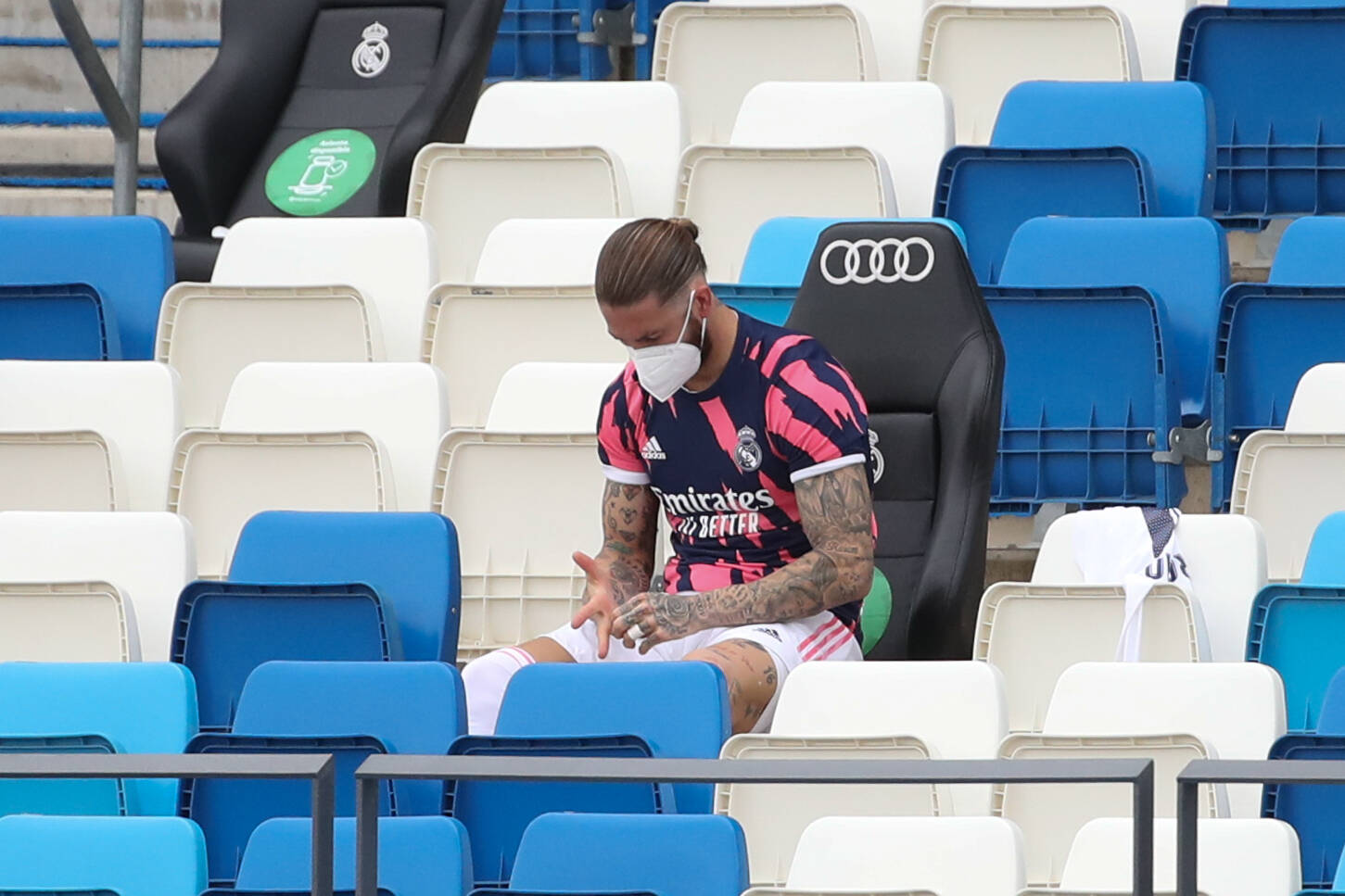 Spain’s European Championship squad was announced on May 24, and head coach Luis Enrique stunned world football with his decision to overlook Sergio Ramos.

The Real Madrid captain has endured several injury setbacks since the calendar flipped to 2021, but Enrique’s decision to left Ramos out has left world football bamboozled.

Despite his limited game time this calendar year, the former Sevilla man was widely expected to captain his country at the upcoming tournament.

Enrique’s decision to leave Sergio Ramos out of Spain’s Euro 2020 squad has surprised many people.

The 35-year-old has registered 180 appearances for the national team and was an integral part of the squad that won back-to-back Euros and the 2010 World Cup.

However, an injury-hit second half of the season saw Ramos pick up just five club games in 2021, last featuring for Zinedine Zidane’s side in a 2-1 win over Elche in mid-March.

Enrique has also omitted the likes of Lucas Vazquez, Dani Carvajal and Marco Asensio. It is the first time in Spain’s footballing history that no Madrid player made the final cut for a major tournament.

Despite making 51 appearances in French youth teams, the 26-year-old has failed to break into Didier Deschamps’ senior squad. He received Spanish citizenship earlier in May.

Another new inclusion is Laporte’s teammate Eric Garcia, who has emerged as one of Barcelona’s top targets despite a lack of playing time under Pep Guardiola.

In the midfield, Pedri and Fabian Ruiz will keep company to long-term members Sergio Busquets, Thiago Alcantara and Koke, with City’s expensive signing Rodri also included in the squad.

Juventus’ hero from the final day of the season, Alvaro Morata, is the only out-and-out striker at Enrique’s disposal.

Except for the ex-Madrid star, the former Barca boss can also count on Leipzig’s Dani Olmo, Villarreal’s Gerard Moreno and City’s Ferran Torres.

Despite experiencing a disappointing Premier League season, Wolves speed-demon Adama Traore has also made the grade.

Leipzig playmaker Dani Olmo has recorded five goals and ten assists in the Bundesliga this season, establishing himself as one of the most prolific attacking midfielders in Germany’s top division.

With ‘Xavi-Iniesta’ days long gone, Spain will need a player with a particular skill set to orchestrate the play and take responsibility when the stakes are high.

Even though he is only 23, Olmo has show maturity and the ability to carry his team forward. The youngster has made significant progress under Julian Nagelsmann this term, catching attention from several of Europe’s most prominent clubs in the process.

Another player that deserves special attention is Villarreal forward Gerard Moreno, who has been nothing short of exceptional this term.

The 29-year-old has netted 23 goals and chipped in with seven assists in La Liga this season.

Moreno is a natural centre-forward but is equally well versed in deputising as a second striker and a false nine.

His technical abilities, playmaking skills and aerial strength make him a perfect fit for Enrique’s system.

The Spanish national side remain one of the mysteries ahead of the tournament. La Furia Roja have experienced a massive downfall following a trophy-laden spell between 2008 and 2012.

After a 2018 World Cup fiasco, Spain will hope to bounce back and shine at a major tournament with plenty of new faces on the roster.

Paired with Sweden, Poland and Slovakia, Enrique’s men are overwhelming favourites to progress from Group E.

Though he may not have the players of Iniesta and Xavi calibre at his disposal, Enrique is crafting an exceptional group of young talents.

Thrown into the mix with experienced stars such as Jordi Alba, Cesar Azpilicueta, Sergio Busquets, Laporte, Olmo and Moreno should have their say this summer.