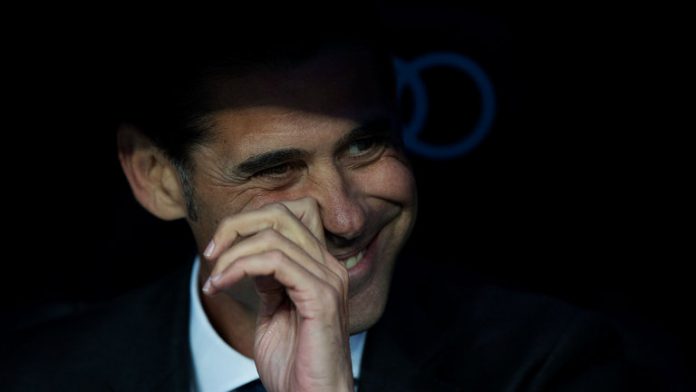 Spain have announced that Fernando Hierro will be new national team head coach ahead of World Cup finals in Russia commencing on Thursday.

During a press conference on Wednesday morning, Spanish Football Federation (RFEF) shockingly announced that Julen Lopetegui has been dismissed from his managerial position. The Spanish officials have been left furious over Real Madrid’s handling to appoint Lopetegui as the club’s new manager on Tuesday.

An official statement read: “Fernando Hierro to assume Spain Head Coach role for the Russia World Cup and will appear before the media alongside RFEF President, Luis Rubiales.

“After which, he will direct the first training session and on Friday he’ll debut in Sochi in Spain’s first clash against Portugal.”

Hierro has been operating as Spain’s Sporting Director since November 2017 but the 50-year-old has only one year of experience in management as he took charge of Real Oviedo in 2016 before leaving the side last year on mutual consent.

Hierro will now look to fix the atmosphere inside the disturbed dressing room as Spain face a tricky opening fixture against Portugal on Friday.