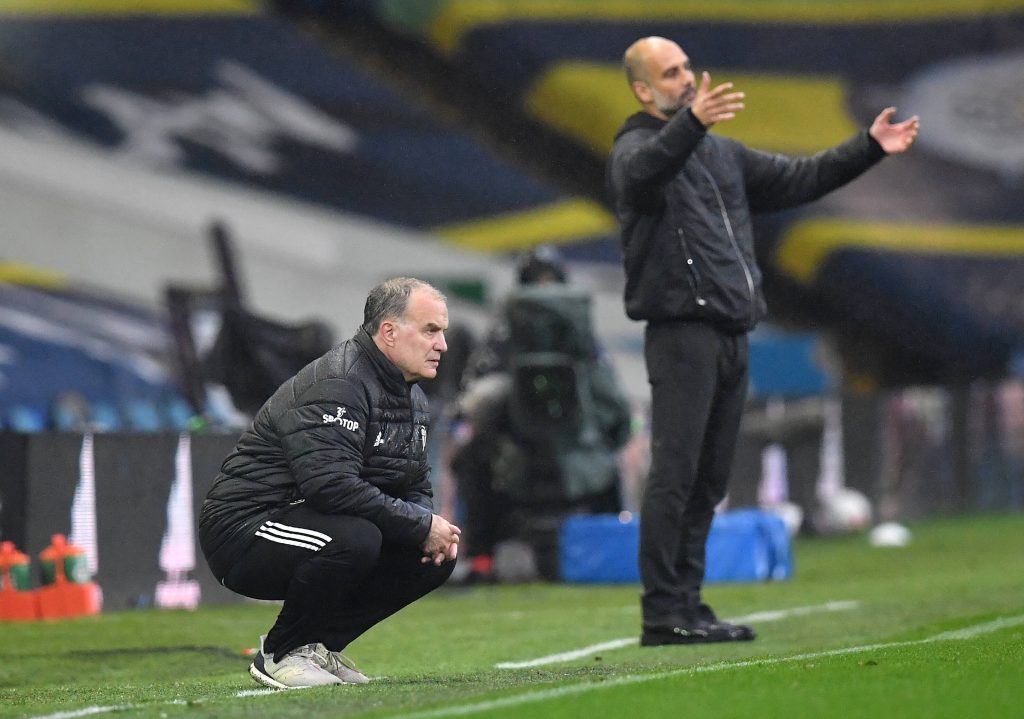 The shortlist for the Premier League’s Manager of the Season award has been announced.

Fans can vote for the manager they believe has done the best job in the last year in the English top-flight on the Premier League website.

The vote closes on Thursday, June 3, with the winner expected to be announced shortly afterwards.

Many people had concerns with how Marcelo Bielsa’s style would cope with the Premier League. It worked wonders in the Championship, but this is a whole new level.

But the Argentine has proven that there’s a method to the madness. Leeds ended the season in ninth place, just three points off a European spot.

In addition, only five sides scored more than the Yorkshire club, with Patrick Bamford finishing fourth in the Golden Boot race.

Guardiola has won trophies everywhere he’s been, and this season is no exception. He has enjoyed a fantastic domestic campaign, strolling to the league title as well as winning the Carabao Cup.

Man City have scored the most goals, conceded the fewest, won the most games, lost the fewest, kept the most clean sheets – it’s been a brilliant season for them.

The favourite for the prize seems to be West Ham’s David Moyes, and it’s not difficult to see why.

The former Everton boss has managed to get the Hammers – who were fancied for relegation at the start of the season – playing some excellent stuff.

They challenged for the Champions League spots for parts of the campaign before eventually settling in sixth place, securing Europa League football for next season.

Last season, Leicester narrowly missed out on the top four on the final day. A year on, and history repeated itself, as the Foxes again had to settle for fifth place.

But take nothing away from Brendan Rodgers, who has once again got Leicester competing with the big boys. Not to mention, he helped them to an FA Cup.

For all of the stick that he gets, Ole Gunnar Solskjaer has done a solid job at Man Utd. He took over from the turbulent Jose Mourinho era and has restored some stability.

This term, the Red Devils finished in second place, which is their joint-highest finish since Sir Alex Ferguson’s retirement in 2013.

There was even a brief moment in January when they sat at the summit, although they fell away shortly after.