Mikel Arteta has been set a deadline to save his job at Arsenal, according to the Telegraph.

Having been assistant to one of the most decorated managers in the world, it seemed like only a matter of time before the Spaniard got his opportunity in charge.

That chance came at Arsenal in 2019, when he replaced the unpopular Unai Emery.

This move saw him return to the club where he spent the final five years of his playing career – captaining them for the last two.

His return to the Emirates Stadium has been very mixed. There have been highs, such as the FA Cup triumph in 2020, but he has also failed to take them higher than eighth place in the league.

The 2021/22 season has not begun as planned for the Gunners. They were on the wrong end of a shock 2-0 opening day defeat against newly-promoted Brentford and were comfortably beaten by the same scoreline at home to Chelsea.

These results have seen Arteta come under increasing pressure. According to the Telegraph, he has been given until the October international break to save his job.

This leaves him with six games in all competitions to turn things around.

They begin with a Carabao Cup fixture away to West Bromwich Albion and finish August with a visit to reigning champions Manchester City. 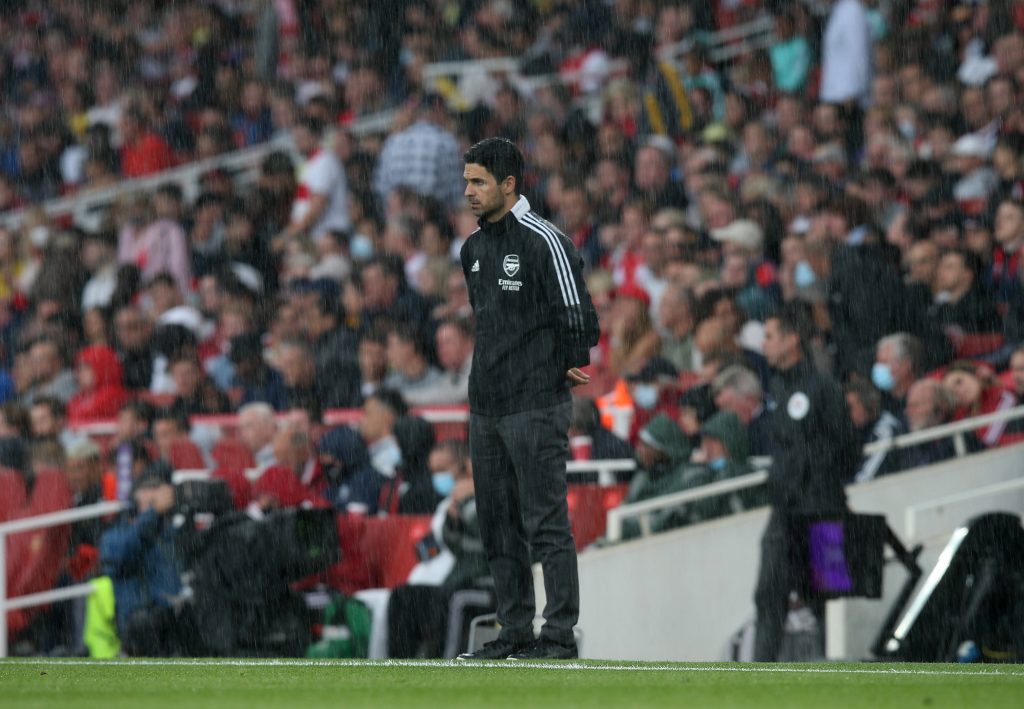 After the September international break, Arsenal play Norwich City, Burnley, Tottenham Hotspur and Brighton & Hove Albion before the next break in October.

If Arteta is dismissed, it is believed that former Chelsea boss Antonio Conte is lined up to be his replacement.

The Italian has enjoyed an incredibly successful 15 years in management, winning six league titles – including one Premier League trophy with the Blues in 2017.