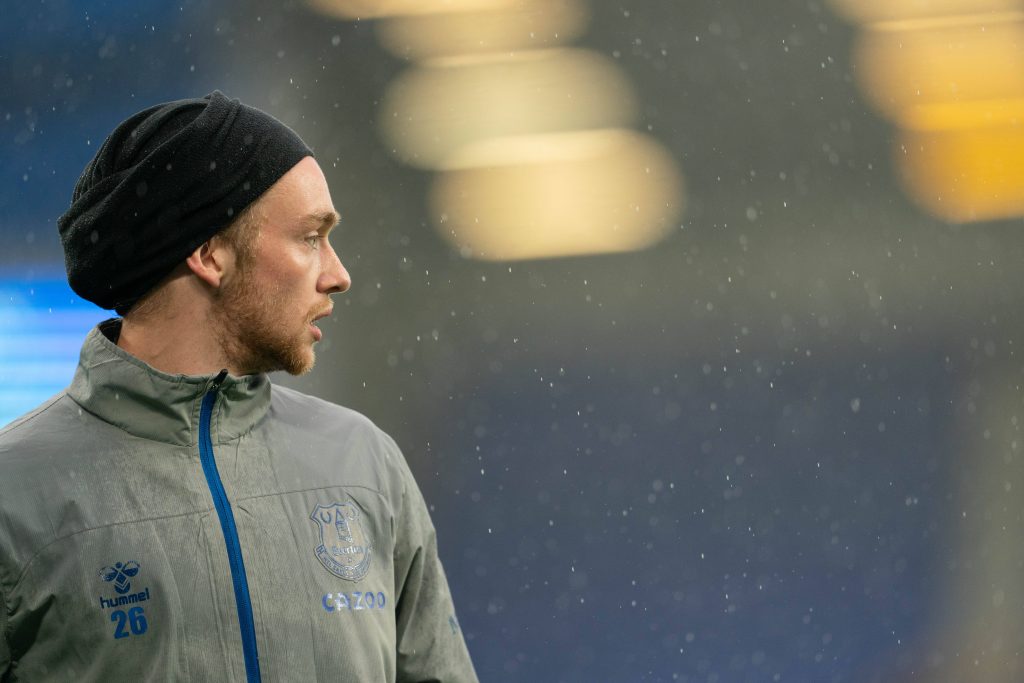 The Saints were interested in the 22-year-old last summer, but they failed to strike a suitable agreement with the Toffees.

The south coast outfit are planning another move for the Toffees graduate, who has fallen down the pecking order at Goodison Park.

He is currently behind Allan and Abdoulaye Doucoure for a starting spot while facing competition from Andre Gomes off the bench.

The Saints had a dismal second half to the 2020/21 season, ending up 15th in the standings with just 43 points on the board.

Ralph Hassenhuttl will want to strengthen the squad this summer to ensure that the club are fighting for a top 10 finish next term.

The departure of Pierre-Emile Hojbjerg to Tottenham Hotspur last year was a blow for them, and they have not found an ideal replacement.

Last summer’s signing Ibrahima Diallo has been disappointing, playing just over 1,000 minutes of league football for the Saints.

Davies has shown his potential in the past with standout displays, and the Saints will be hoping to prise him away from the Toffees.

Ancelotti has spoken highly of Davies, citing that the midfielder reminds him of himself during his playing days at Roma and AC Milan.

The Italian may prefer to keep him, but the club may consider his sale if he declines a new contract beyond June 2023.

Davies has made 151 appearances for the Toffees. 130 of those have come via the Premier League. He is valued at £14.4m as per Transfermarkt.

In other news: Sergio Aguero puts his move to Barcelona on hold amid Messi’s contractual uncertainty.