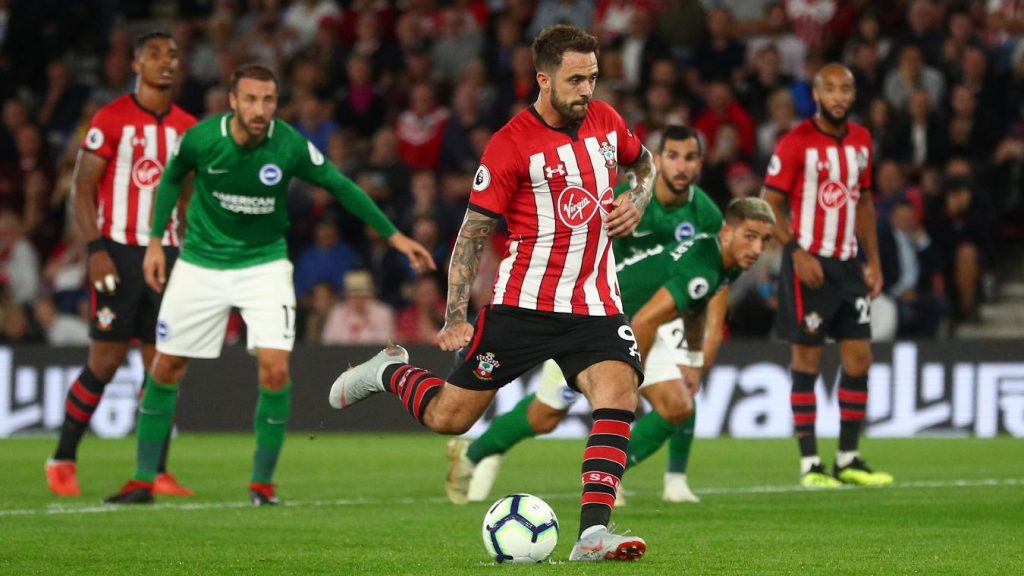 Southampton were held to a 2-2 draw against Brighton in the Premier League last night.

The home side were very close to picking up the three points but Glenn Murray scored a last-gasp penalty to earn a draw for Brighton & Hove Albion.

The visitors did well to come back from two goals down and claim a point.

Mark Hughes won’t be too happy with the way his side performed against Brighton. They should have won the game with ease.

Saints dominated most of the game and deservedly led through a stunning strike from Pierre-Emile Hojbjerg. The former Bundesliga man drilled in from 35 yards in the first half.

Shane Duffy headed in to give his side a bit of hope and then Murray got the equaliser in the first minute of stoppage time.

Here are some of the reactions from the Southampton fans after last night’s draw.

2 up against a team that hasnt won a away game in 15, nothing has changed same old shite with saints, so angry!

The home form and the inability to win games from in front are both large causes of concern.

Why is this team – with the exception of the Crystal Palace game – so easy to get points from when we have the lead? Why are we so incapable of winning games at home? I’d love to know.

1) Redmond, that is all
2) Cedric – is playing like VVD before his move – doesnt give a shite