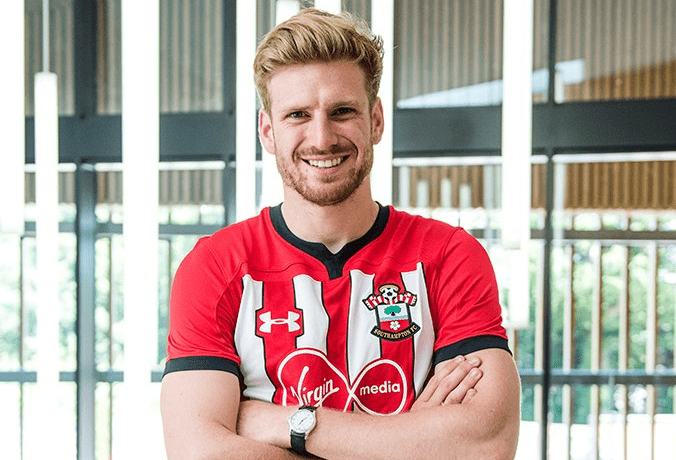 Southampton confirm they have agreed a deal with Celtic for highly-rated midfielder Stuart Armstrong. The 26-year-old has signed a contract at St Mary’s until 2022 and will train with his new teammates on Thursday, June 28. Manager Mark Hughes said he’s “delighted” to have beaten off a lot of competition for his signature and believes he can improve the squad.

“Stuart is a player who we have admired for some time, and I am delighted we have been able to bring him here, especially given the competition we faced to sign him,” he said. “It is important we add a greater goal threat to the team as a whole, and to our midfield specifically, and Stuart’s record of scoring and creating makes him an extremely exciting addition in that area.”

After joining Celtic from Dundee United in 2015, Armstrong made 144 appearances for the Hoops, scoring and creating 53 goals. The Scotland international, who has six caps for his country, has won four Scottish Premiership titles, two Scottish Cups and two Scottish League Cups in four years at Parkhead.

He’ll bring goals and assists to Southampton next season, which is much-needed after the Saints scored just 37 goals in 38 Premier League games in 2017/18. Armstrong will have stiff competition for a starting place from Dusan Tadic and James Ward-Prowse, but he could force his way into contention if he impresses during pre-season.

With Southampton having struggled for goals so much last season – evident from Charlie Austin finishing top scorer (7) and Ryan Bertrand leading the assists chart (4) – Hughes could give Armstrong a chance to prove himself and bring something different to the team. After finishing one place above the relegation zone in 2017/18, they can hardly fare much worse.