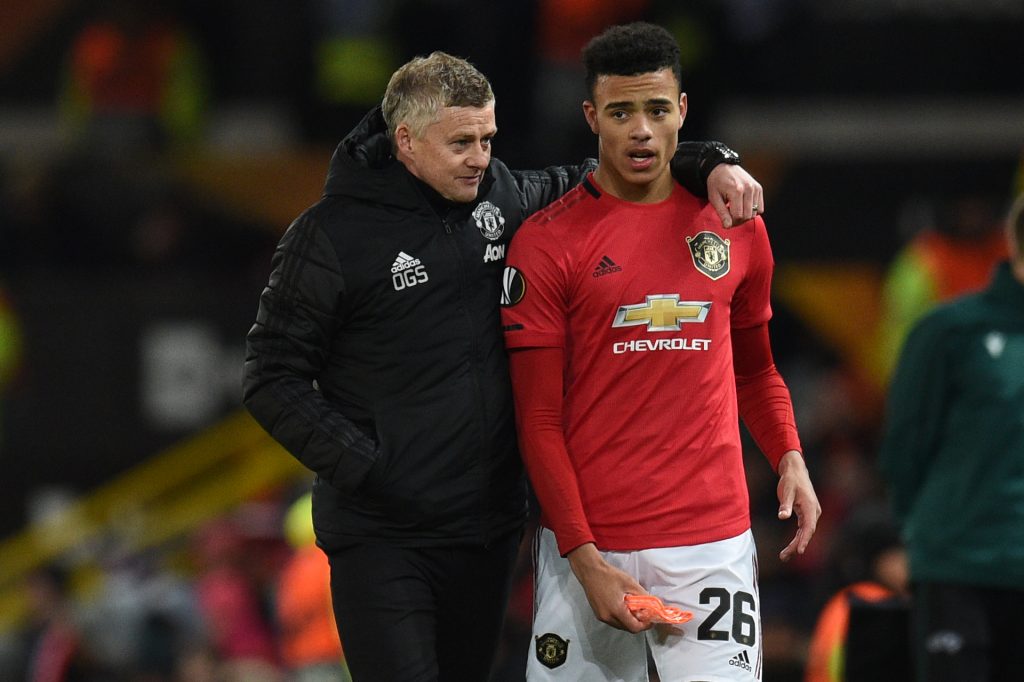 Greenwood made his breakthrough during the 2019/20 season, netting 17 goals in 49 appearances, with many of those coming off the bench.

This form earned him his first-ever cap for the England national team in the Nations League against Iceland back in September.

This season, he hasn’t had the same impact, scoring just six times in all competitions in 41 outings.

Nonetheless, this is not a concern to the United manager, who believes the Englishman is making progress in other areas of his game.

Speaking to GQ after his side’s victory over Granada in their Europa League quarter-final first leg, Solskjaer said: “He’s 19. He’ll still go to finish when he should have passed the ball or pass when he should have finished. That’s normal for a 19-year-old. He’ll learn because he wants to learn.

“I’m not worried about that (his goal tally). It’s there for everyone to see that his general play has improved so much. His fitness, his body shape is different. He can link play better – hold it up for us. He creates more chances for others.”

Meanwhile, United’s new technical director and former player Darren Fletcher has also been happy with Greenwood, praising his “general attitude and demeanour and willingness to learn, especially in his heading, which he’s really working hard on.

“He’s nowhere near where he should be yet,” said Fletcher. “But he’s putting effort in to strip it back to basics, and he got a reward with his first headed goal.

“Listen – that lad is a wonderkid. We know he’s a goalscorer, can use both feet and all the rest of the stuff, but the rest of his all-round game and the improvement this season hasn’t been recognised because of his lack of goals, which he’s been unfortunate with.”

Man Utd have eight league games remaining, as well as up to four in the Europa League. Their priority will be the latter, as they look to secure their first piece of silverware since lifting the same trophy in 2017.

Having defeated Granada 2-0 in the away leg, they will be fancied to qualify for the semi-finals this month. Should they progress, they will face Ajax or Roma. The Serie A side currently lead the tie 2-1.