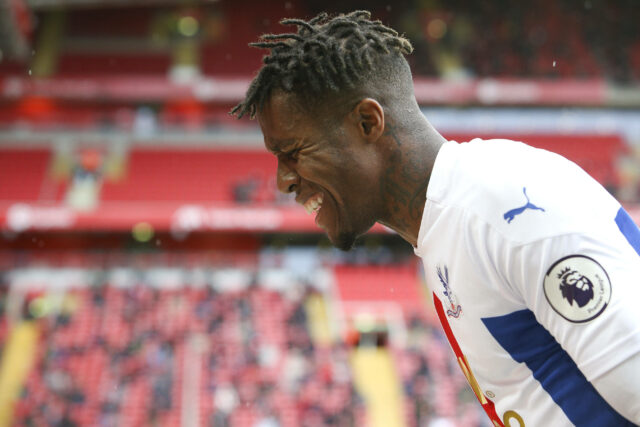 Could this be the year? It has to be this year.

Has there been any transfer window in recent memory where Wilfried Zaha didn’t want to leave Crystal Palace?

How many times in the last few years have we seen clubs queuing up for Zaha, only to walk back after knowing his price tag?

Zaha is the talisman figure for the Eagles, but maybe he has outgrown himself. He needs a fresh challenge, and Palace need a fresh direction as well.

Two summers ago, he was valued at around £100m, but now he could be available at a reasonable £40m.

According to reports from The Times, Zaha has told Palace he wants to quit Selhurst Park before the Eagles return for pre-season training next month.

According to a recent report from Goal, Everton and Tottenham Hotspur are interested in signing the 28-year-old winger.

He would be a smart signing for Spurs this summer. Zaha is fast, skilful, technically gifted, and has the leadership quality to carry the team forward (with goals and assists) on his own.

The former Manchester United winger is in the prime of his career, and Spurs can expect to get the best years out of him.

Spurs have a wealth of attacking talents, but there’s room for one or two players. Gareth Bale is unlikely to return to Spurs this summer, while the future of Erik Lamela is also a big doubt.

However, the big problem here is both Spurs and Everton are without a manager at the moment.

In the case of Spurs, the club have been without a permanent manager for a while now, whereas Everton lost Carlo Ancelotti just a few days ago.

The report from Goal came towards the end of May, suggesting that he is someone being discussed in the boardroom irrespective of who the next manager would be.