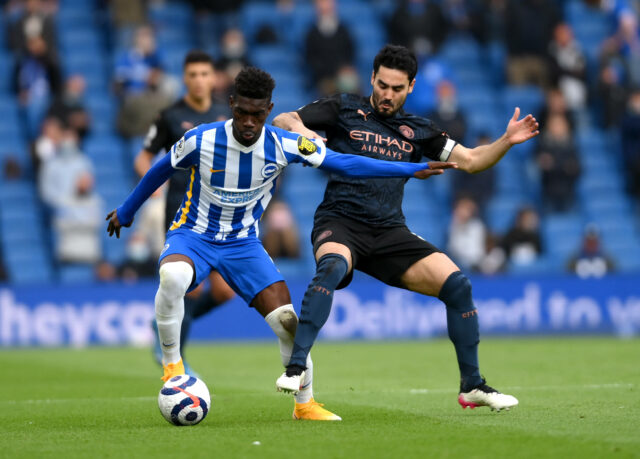 Gini Wijnaldum’s departure from Liverpool will leave a massive hole in midfield, but Brighton and Hove Albion’s Yves Bissouma won’t fill the void.

Bissouma has been heavily linked with a move to Liverpool this summer. The 24-year-old has been one of the star performers for Brighton, heavily impressing during the 2020-21 season.

Liverpool could be looking for a like-for-like replacement of Wijnaldum, although Curtis Jones is expected to play a more prominent role next season.

The transfer market would allow the Reds to add depth in midfield, but reports suggest that Jurgen Klopp is happy with what he has got.

According to reports from The Athletic, Liverpool are not in the race to sign Bissouma this summer.

The Mali midfielder could look to move elsewhere in the summer, with Brighton demanding a fee upwards of £40 million.

Klopp believes that a replacement for Wijnaldum is “not regarded as a necessity”.

The news would come as a huge boost for Arsenal who are also keen to sign him.

Signing a midfielder is one of the top priorities for the Gunners this summer.

Bissouma would be a fantastic addition for Mikel Arteta’s side. The Gunners are also interested in Sander Berge of Sheffield United.

However, with Liverpool apparently not in the race for Bissouma, the door is open for Arsenal to move quickly and secure his signature.