Sky Sports: Aston Villa will not accept any deal under £60m for captain Jack Grealish 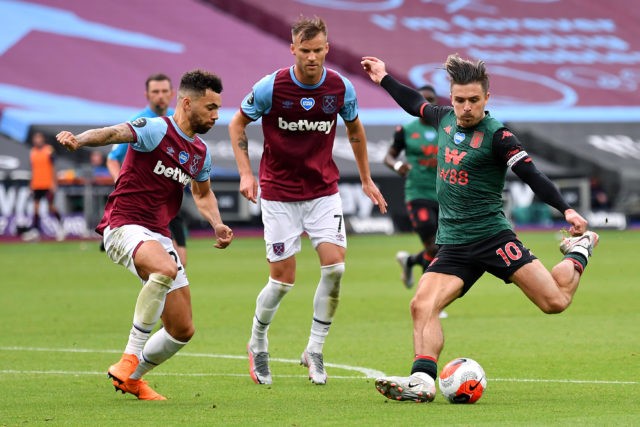 Aston Villa earned a 1-1 draw against West Ham United in the Premier League on the final day to ensure they remain in the top-tier of English football for another season.

With Dean Smith likely to stay in charge for the next season, it remains to be seen how Villa approach the summer transfer window.

Obviously, the focal point of discussion will be the future of Jack Grealish.

The Villa captain has been simply outstanding this season and has given his best to prevent Aston Villa from getting relegated.

However, there is a feeling that he has outgrown himself at Villa and needs to move elsewhere (preferably to a bigger club) to seek new challenges in life.

The 24-year-old has been heavily linked with a move to Manchester United this summer.

According to Sky Sports News’ Midlands Reporter Rob Dorsett, Villa will not accept any deal under £60m for their captain.

In fact, Villa have no desire to sell Grealish unless they receive a big-money offer for their talisman.

Dean Smith, the Villa boss said: “We’ve got billionaire owners and he’d cost a lot, a lot of money.”

Grealish is a club-hero, and he will always be loved by the fans. The Villa fans will understand if he leaves the club to join a big Premier League club.

Manchester United could be an option for him, but the Red Devils have other targets as well.