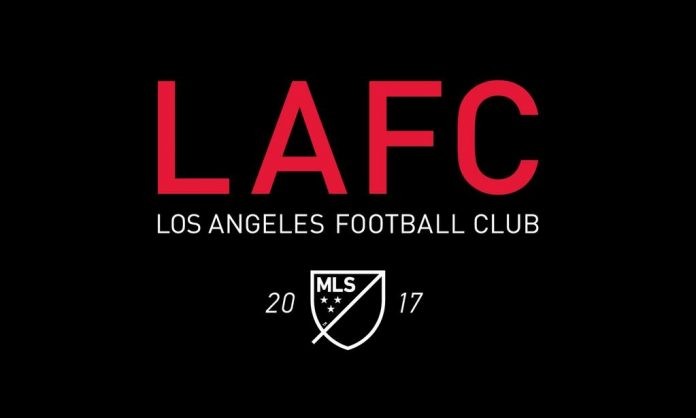 It was always going to be flashy: A blank slate MLS franchise in Los Angeles looking for investors was a guarantee to draw a lot of big names, and a lot of big money.

Sure enough, as MLS rolled out the new club in LA that will start play in 2017 on Thursday, we got an ownership all-star team.

This ain’t Chivas – everyone is welcome, and everyone is jumping on board. LAFC, as it’s preliminarily being called, makes sense as an investment: In the second biggest media market in the United States, getting in on the ground floor of a new, potentially star-studded MLS team looks like a once-in-a-lifetime proposition.

Soccer and MLS are both growing and making money in the US, and promise to be doing even better when the new LA team starts play in 2017.

So in turn, there’s plenty of star-power in the ownership group that will try to create a winner on the field and off in a town that is driven by star-power anyway. It looks like a win-win.

The ownership group is an encouraging start, and a pretty good indicator of why MLS never even considered not having a second team in Los Angeles when Chivas went down the tubes, despite an approach from Sacramento.

Getting Penn – a former hot-shot NBA analytics wizard in Portland with the Trail Blazers were he cited going to Portland Timbers games with his family as an awakening to the future of soccer in America – on board as President is a huge coup.

Despite being pushed out in a power struggle in Portland, he’s still an extraordinarily bright sports mind.

But this is no slam-dunk. At least not yet.

First, Los Angeles needs a stadium – and preferably, one that’s not lost in a distant suburban location like the StubHub Center is in Carson.

There are plenty of soccer fans in Los Angeles, and there’s still a market of Latino supporters that Chivas never fully capitalized on, but they’re mostly not in the places where it will be easiest to secure a stadium for the club.

Getting a stadium built – especially a downtown stadium – is no easy task no matter what your name is. Just ask David Beckham about how his Miami venture is going.

The campus of USC has been mentioned as a possible stadium sight for LA, and they’ve been given more than two years to prepare for their debut so they can get their stadium situation sorted out.

There’s also the task of finding and nurturing a fan-base. MLS teams are often either hot – Portland, Seattle, Kansas City – or not – New England, Colorado, Dallas – and getting a city excited is a major factor in success as a franchise.

Drumming up excitement in LA won’t be easy. While LA is a very decent sports town, the LA Galaxy have always had trouble selling out games, creating a home-field advantage, and maintaining the support the got during the early days of the Beckham era.

If the Galaxy – MLS’ banner franchise on and off the field – can’t find top-notch support, how will LAFC, a club with no real angle on the market, no real slant, do better? 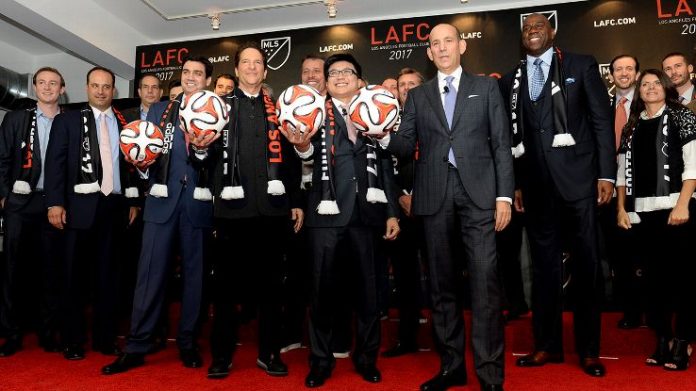 LA will have to figure out their identity over the next two years. Right now, nothing is set in stone, though Tan will be pleased that the club is being represented by black and red at the moment.

Penn said at the launch that the club’s branding process will be influenced and guided by the club’s fans, but where are those early fans going to come from?

Most casual LA soccer supporters are Galaxy fans, and there’s no reason to think that the (very) few Chivas supporters that are left after the continuous body-blows of the last five years will shift their allegiances to the new LA team just because their local and not named the Galaxy.

That’s why getting a stadium deal and construction going early is crucial. Giving the team roots, anchoring the franchise somewhere, will geographically give them support and a presence that, until a stadium deal is in place, will be missing.

Admittedly, it’s not going to be easy. The NFL has long wanted to return to Los Angeles, but getting a football stadium secured has been next to impossible, which is why, almost two decades since it left, America’s most popular league is still not in one of its leading cities.

At one point, it was thought that the Chivas to New LA club transition would be done in one offseason, and the new LA club would start operations in the coming 2015 season.

Credit to MLS – who might have been put off by the almighty struggle NYCFC is in right now to find a permanent stadium of their own as they start play at Yankee Stadium in 2015 just a year after being announced as a club – for pushing that timeframe back.

Any way you spin it – and even if they fail to meet newfound lofty expectations – LAFC will be a massive upgrade for the league over Chivas USA. Their attendance will be better, they’ll be professionally run, and they probably won’t be slapped with discrimination lawsuits.

And that’s the question more and more for MLS these days, as the fight to survive has been won, and the goals become loftier. Next season is MLS’ twentieth, and it will be accompanied by a league rebrand and two glitzy new franchises.

By 2017, when LA comes in, MLS hopes to be pushing up the charts of the best soccer leagues in the world, both in revenue and quality of play.

A new club in Los Angeles will attract star players. It’s already attracted star owners. So while there are pitfalls along the way, the sky is limit for this team. MLS’ future is increasingly can’t-miss theater – so it makes sense that we’re getting more LA.