All images courtesy of Sky Blue FC and WPS.

Sky Blue FC will kickoff their inaugural season on 05 April against the Los Angeles Sol at TD Bank Ballpark in Bridgewater, New Jersey. Fox Soccer Channel will televise a Sunday night game of the week, and Sky Blue FC are scheduled to appear four times.

The team will play its first two games at TD Bank Ballpark, and finish the season at Yurcak Field on the campus of Rutgers University. 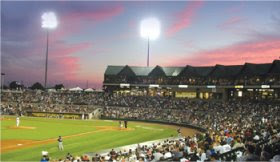 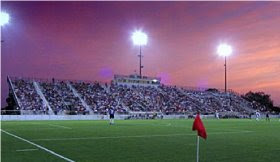 Thomas Hofstetter, who was born and raised in Germany, is the President/CEO.

Francesco Prandoni, a native of Italy, is the Chief Financial Officer.

Ian Sawyers is the head coach and General Manager of Sky Blue FC. Coach Sawyers lead San Jose to the WUSA Championship in 2001, and before that, coached at Stanford University. He is also associated with the Julie Foudy Sports Leadership Academy and Foundation.

Kelly Lindsey will assist Coach Sawyers, whom she played for at the San Jose CyberRays. She has been capped four times for the US Women’s National Team, and played collegiately at Notre Dame University. From 2006 to 2008, Coach Lindsey was the head coach at St. Mary’s University. She also had assistant coaching stints at the University of Texas and University of Colorado, respectively.

Several national team members from a diverse range of countries will feature for Sky Blue FC.

Anita Asante has been capped 33 times with one goal for England. She has played professionally for the women’s teams of Chelsea FC and Arsenal FC.

Yael Averbuch has been capped twice for the USA. She was a NSCAA All-American first team choice for 2006 and 2007, and in 2008, was named the SoccerBuzz National Player of the Year. She played collegiately at the University of North Carolina, where she won two NCAA Cup titles.

Ester Aparecida dos Santos has been capped 26 times for Brasil. She won a silver medal at the 2007 FIFA Women’s World Cup, along with a silver medal at the 2008 Beijing Olympics. Previously, she played professionally for the women’s team of the famed Santos Futebol Clube (where Pele’ played years ago, and Robinho in more recent times before going to Europe).

Natasha Kai has been capped 57 times for the USA with 22 goals. In 2008, she won an Olympic Gold Medal at the Beijing Games. In 2007, she won a bronze medal at the FIFA Women’s World Cup in China. A native of Hawaii, she played collegiately at the University of Hawaii, where she was a multi-sport star.

Christie Rampone has been capped 202 times (only one of five US women to reach 200 caps) for the USA with four goals. She is also the national team captain. One of the most decorated players in US history, she has won two FIFA World Cups, two Olympic Gold Medals, along with an Olympic Bronze Medal at the Beijing Games.

I would like to thank Gloria Averbuch, the Director of Marketing and Public Relations, for her kind assistance with this article.