Sit Down Managers, We Cannot See 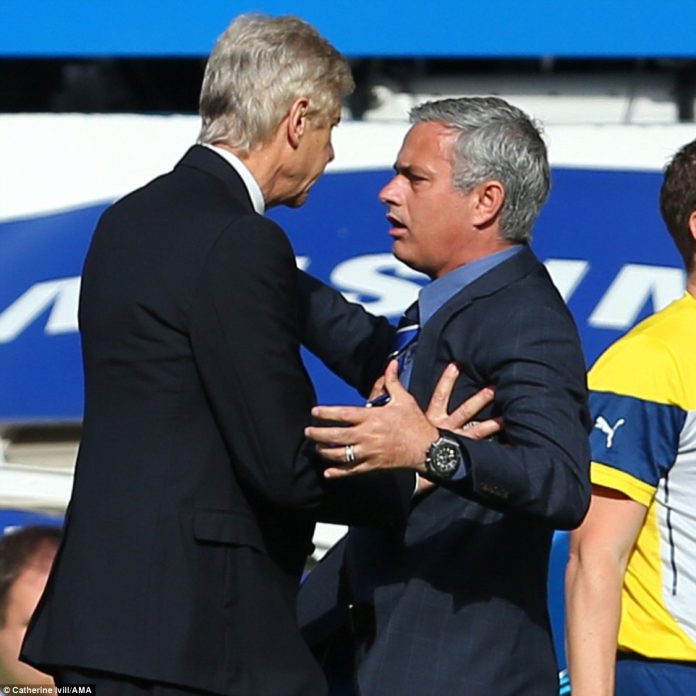 “Sit down Harold, I cannot see.” Those were the words of England Manager Sir Alf Ramsey as Geoff Hurst’s shot rippled the Wembley net and Kenneth Wolstenholme cleared his throat to deliver a few nice words of his own. At that precise moment, Ramsey was watching his team reach the very pinnacle of world football, thus vindicating his painstaking life’s work and his faith in his “wingless wonders.” Ramsey is generally remembered as a private, even surly character who reportedly used to decline to cross the road to talk shop with his successor Bobby Robson whilst dog-walking in Suffolk. However, his reaction to his moment of triumph was symptomatic not just of his own idiosyncrasies, but of football managers of his era, as he considered his priority to be one of an observer rather than a participant in the events unfolding before him.

There is no doubt that the art of football management has changed since Sir Alf’s time. Indeed, it is a relatively new art altogether. It wasn’t until 1946 until the England national team required a manager at all, and not until Ramsey’s appointment in 1962 that the manager could actually be trusted with picking the team. However, anyone who ever saw Barry Fry celebrating Barnet scraping the ball through the Underhill mud and into the net with his disproportionately grandiose victory dash will bear testament to the fact that managers have become ever more part of the show in recent times.

Admittedly, there is some justification for this being the case. Managers have certainly become increasingly well-occupied. They have more substitutions at their disposal and players have become increasingly au-fait with mid-game changes in formation and position. Aston Villa famously used only fourteen players during their title-winning team of 1981 under Ron Saunders. The current incumbent, Paul Lambert, has called upon twenty different players already this season and he hasn’t even unwrapped Benteke yet. We have seemingly become interested in their every intervention in the game, from where they watch the game from and what they wear whilst they are doing it, as well as watching their every reaction as the events on the field unfold. Indeed, scarcely an incident on the field of play can occur without it being followed by a close-up shot clarifying what the respective managers in attendance thought of it. Players are guilty too, sheepishly looking at the bench as if to require papal confirmation that, yes, that gruesome shot that you just blazed over the bar was indeed awful.

There are a few interesting recent cases which illustrate how managers can in fact become more notable than their own teams, both for better and for worse. Tim Sherwood was no stranger to touchline am-dram during his time as manager of Tottenham Hotspur. Amongst other jolly japes, his reign featured him summoning supporters from the stand to take his seat on the bench and vicariously dressing down his own players in post-match interviews. However, when his side lost at Liverpool, he drew criticism not for a shambolic team performance, but for the fact that he had the temerity to watch it from the stand. The insinuation was clear: to not be patrolling the technical area, pointing, poking and gesticulating, was tantamount to disinterest in the game and a virtual dereliction of duty. At least that provided a diversion from the attention of his switching from being a “suit manager” to a “tracksuit manager” and finally adopting the halfway house of a bulbous gilet, which unfortunately rather symptomized the incoherence of his tenure.

Conversely, Chelsea’s win at Manchester City in the same season was hailed as “Mourinho masterpiece.” One wonders what Branislav Ivanovic was thinking as he leafed through the following day’s papers. He would have scarcely found a mention of his stoic defensive display, during which he also managed found time for a sortie forward in order to wind back his swinger and win the game by tonking a 20-yarder past England’s best goalkeeper. Not a bit of it. This game was a managerial masterpiece, a victory borne in the mind of the manager rather than at the feet of the players. After all, the gaffer had the remarkable tactical insight to pack the midfield against a team with a few nifty playmakers.

Admittedly, much of the increase in attention might be due to the circumstances of modern-day management rather than the conduct of the managers themselves. The increased propensity for any poor run of form to inevitably end with a managerial sacking, and the knock-on effect of supporters to clamour for such dismissals at the earliest dissent have made managerial speculation part of the back page staple diet. In 1974, Brian Clough’s 44-day reign at Leeds United was remarkable enough to ultimately make it on to the big screen. One suspects that Dave Hockaday’s 70-day tenure at the same club earlier this year will probably scarcely register a footnote.

FIFA are always a good bet to exacerbate any sort of crevice in the game. Recently they have been considering the potential to permit a manager a set number of tennis-style “challenges” or opportunities to appeal decisions made by the officials. This ostensibly would appear to enhance the potential for ultimately collectively reaching correct and fair decisions. However, one shudders to think of the consequences of affording a Mourinho, a Pulis or a Pardew an opportunity to stop the game, a forum to debate decisions with officials and a platform to generally make a nuisance of themselves and develop another facet of their own pomposity.

Managers who have played the game often comment on how managing is a poor substitute for their playing days. This is because the game is about players and, buried deep down below their grandiosities, the managers probably know it. Supporters remember great moments from great players and even terrible moments from the not-quite-so-good. They are less likely to remember which manager was patrolling the technical area, fistpumping or grimacing, at the time. Take note Alan Pardew, but the role of the manager is to facilitate entertainment on the field, not to stray into it. Quite right Alf. Sit down all of you so we can see.