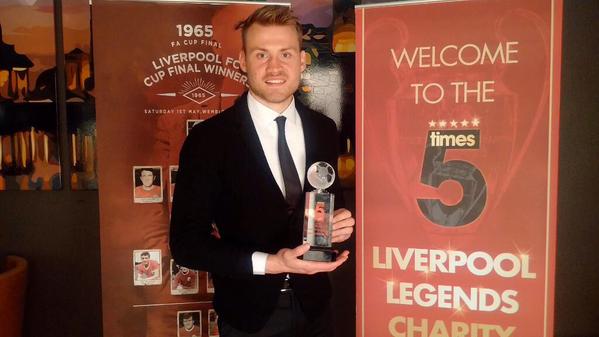 The Belgian has kept 14 clean sheets this season, tied with Southampton’s Fraser Forster, and is one of the favourites to win the Golden Glove award at the end of the season.

It was a shock for many to see Philippe Coutinho, who was nominated for the Premier League Player of the Year, wasn’t selected as Liverpool’s best player this season.

The decision to give Mignolet POTY award, even if it was not the LFC official one, has baffled many Liverpool fans. We take a look at some of the best twitter reactions from the Red fans.

@lfcloanwatch Who actually voted for it? Mignolet was one of our worst players 1st half of season and cost us loads of points.

Simon Mignolet is #LFC player of the season… Imagine tweeting that in November.. — Joe sheppard (@joe_sheppp) May 12, 2015

Mignolet liverpools player of the season????? That is bizarre, he was awful first half of season!!!

That said, i’m pleased for him as he has come back very strong after being left out. — The Liverpool Way (@theliverpoolway) May 11, 2015

Simon Mignolet picking up player of the season for Liverpool?! Kind of shows how poor Liverpool’s season has been eh?!

This is shocking ffs! Mignolet player of the season over Coutinho.