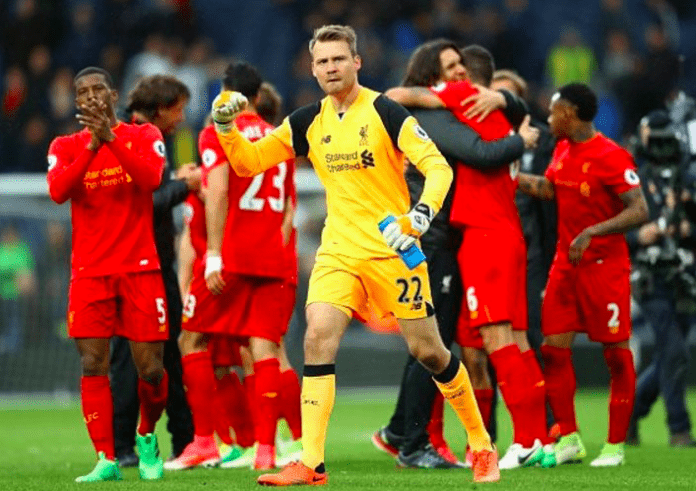 Simon Mignolet has always been a player in the news and unfortunately, it is rare when he’s in the news for positive reasons. It’s not as though he has never performed for the Reds. Under Brendan Rodgers, Mignolet had a brilliant revival after being dropped for Brad Jones. However, he is an error-prone goalkeeper who raises the question of eventually returning to making those mistakes. He has been much-derided, and the problem is also that the former Sunderland keeper is not very confident in certain departments of his game like handling crosses and commanding his box very confidently. He has always been a good shot-stopper, but his other weaknesses have consistently taken the attention.

In the last two matches, the Belgian goalkeeper has made vital saves, and his performance has been directly responsible for Liverpool getting 6 points against Stoke City and West Brom. In the 2-1 win over Stoke City on 8 April, he brilliantly denied Charlie Adam and Saido Berahino and against West Brom on Sunday, he prevented Matt Phillips from equalising at The Hawthorns.

These saves have come at crucial moments. With Liverpool in chase of a Champions League berth next season, they could end up being hugely significant in Liverpool’s pursuit of a place in the top four. Former Liverpool defender Jamie Carragher has been critical of Mignolet for a long time, but after the win against West Brom, he heaped praise on the Belgian international.

“Has he earned praise? Without a doubt. Liverpool have gained three points at Stoke and he’s saved Liverpool two points today. That’s five points which makes a massive difference to the look of the table.

This is what you want from a top class goalkeeper. He wasn’t worked too much today but when you’re called on to make that big save that’s what all great goalkeepers do at top clubs.

Mignolet’s been here four years now, but the last couple of games he has been outstanding. He has made a big difference to getting Liverpool to where they are and all credit to him.”

Mignolet has always been a good shot-stopper, but the development of other areas of his game is what has caught the eye. His decision making has improved, he is dealing with crosses well, punching the ball and can command the penalty box.

Mignolet made four punches today – for just the second time in a PL game for Liverpool, and for the first time since Boxing Day 2014.

Journalist James Pearce, often considered the mouthpiece of Liverpool (of Liverpool Echo) wrote on 9th April that Klopp has reason to not invest in a goalkeeper in the summer considering Mignolet’s form.

This is not something a lot of fans will be on board with because no matter how well Mignolet performs, the problem of an impending error is present. There is precedence to support their cause as well. He has been fighting a battle to gain the trust and love of Liverpool supporters. Two good games will not change it, but a solid end to the season will certainly aid his case.