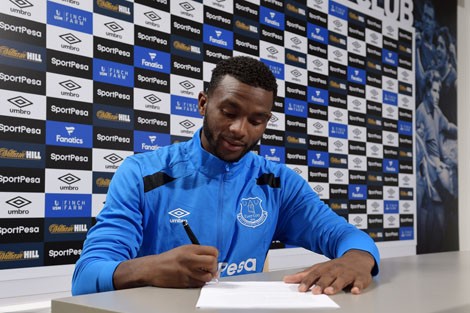 Despite a lack of right-backs in the first-team, Silva isn’t considering Martina to provide cover for Seamus Coleman next season. Jonjoe Kenny has joined Schalke 04 on a season-long loan, and the Everton manager says he would prefer to sign a replacement.

Silva said to Liverpool Echo: “In this moment, and since Jonjoe went on loan to Schalke, it has been a position we want strengthen. You cannot go through a tough competition like the Premier League with just Seamus Coleman. We are really, really happy with Seamus, he finished last season on a very good level but, of course, we have to sign a right-back also.”

It doesn’t bode well for Martina that his manager has completely forgotten about him and likely means he’ll be offloaded. The £35k-per-week defender joined Everton from Southampton in July 2017 and has made 28 appearances in all competitions. He was a regular in his debut season at Goodison Park but now finds himself surplus to requirements.

Martina will be out of contract in 2020 and looks unlikely to be handed a new deal, so Silva has no choice but to cash in. If Everton can make back some of the £3.6m spent on wages, they should consider themselves fortunate.