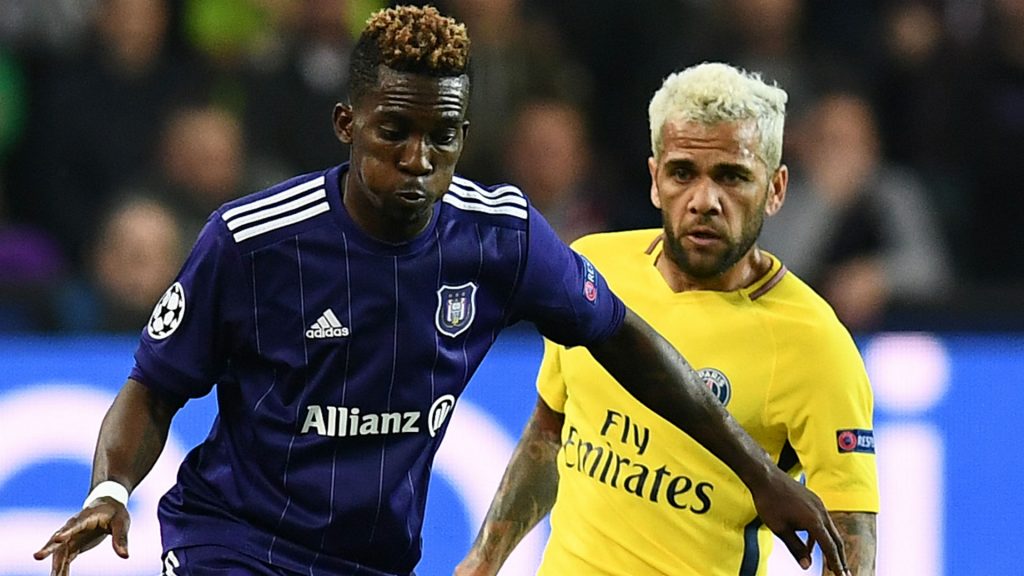 Henry Onyekuru was heavily linked with a move to Celtic before he joined Everton in the summer of 2017.

The 21-year-old is yet to make an appearance for the Merseyside club and there is a possibility that he could be sold before he gets the chance to impress the Goodison faithfuls.

According to reports from TEAMtalk, Everton director of football Marcel Brands is willing to cash in on the Nigerian forward.

Should Celtic reignite their interest in Onyekuru?

Everton paid 7 million to Belgian side KAS Eupen when they snapped him up, but their latest stance could give the Bhoys a glimmer of hope of signing him.

Celtic certainly need to bolster their attacking department thanks to Moussa Dembele’s deadline day move to Lyon in the summer transfer window.

The Hoops have 20 million from the sale burning a hole in the pocket, and should look to invest in a replacement.

Celtic should reignite their interest in Onyekuru who would arrive in Scotland with loads of raw talent. He will get a good manager in Brendan Rodgers who can nurture his potential and make him a top class player.