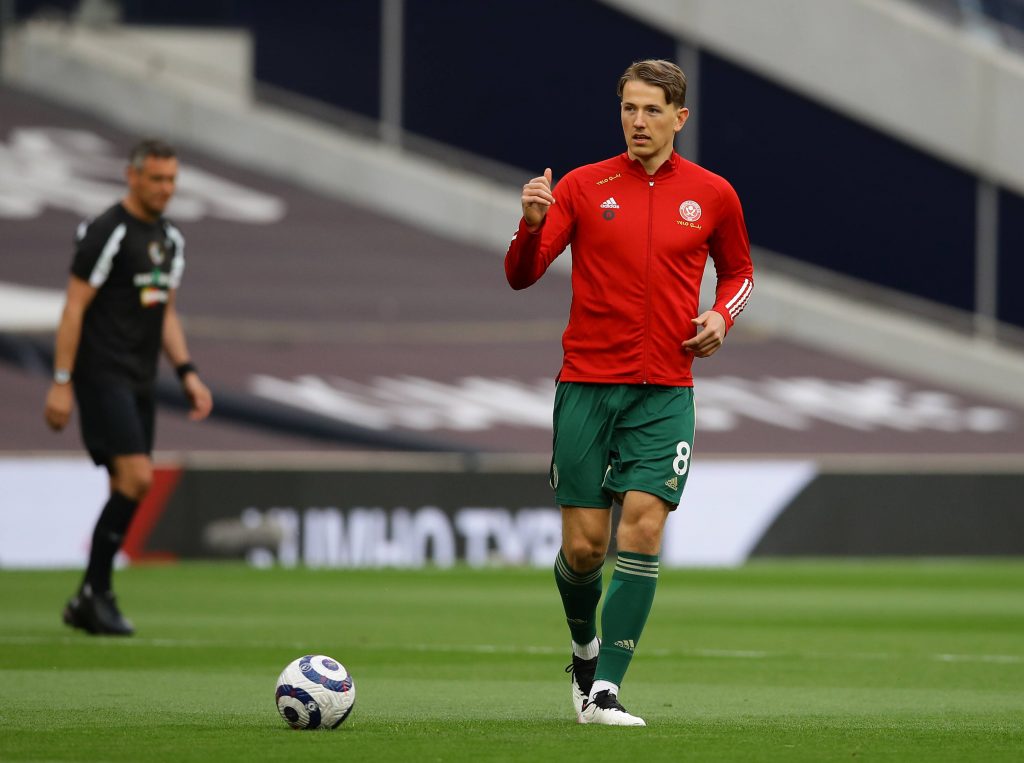 Arsenal have been linked with a move for Aaron Ramsdale and Sander Berge this summer.

According to reports from The Examiner, Sheffield United are bracing for bids for their star players, but they haven’t received a concrete offer from the Gunners.

Arsenal are looking to sign a new goalkeeper this summer and have earmarked Ramsdale as a potential option.

Earlier this week, Sky Sports reported that the 23-year-old is amongst several goalkeepers Arsenal are currently monitoring.

The Gunners are also keen to sign Mat Ryan, who spent the second half of last season on loan at the Emirates Stadium.

The interest in Ramsdale casts doubt on Bernd Leno’s future at the club.

Ramsdale made 42 appearances in all competitions last season and is apparently ready to continue for the Blades in the Championship.

However, the report claims that there hasn’t been any offer yet from Arsenal. United are expected to demand £40 million for Ramsdale if he decides to leave.

Berge’s situation is different, and he is likely to leave the club following their relegation to the Championship.

Sheffield Star claimed that the Gunners are leading the race to sign the Norway international.

The Blades are demanding around £35 million for their star player and are refusing to lower their asking price.

However, they have informed the Gunners that they may compromise on a deal.

They will not cash in on their star players easily, and only “an offer too good to refuse” will see their core players leave.

It is still early in the transfer window and but interest in the pair is expected to ramp up later in the summer.