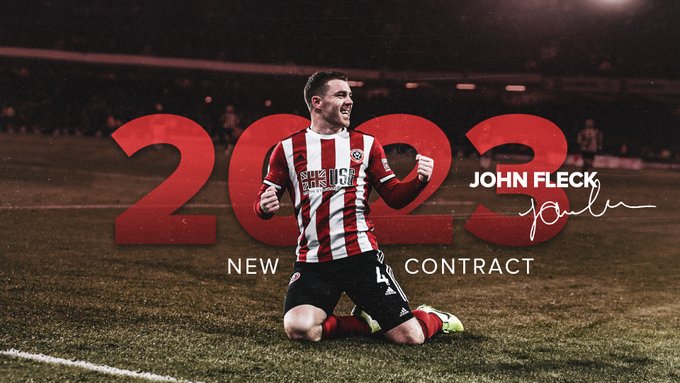 Sheffield United have confirmed yesterday that John Fleck has signed a new long-term contract at the club.

The 28-year-old midfielder has been in outstanding form this season for the Blades, and he has now committed his future at the club till 2023.

Fleck, arguably, has been one of Sheffield United’s star performers in the Premier League, and the news has come as a huge source of excitement for the fans.

Proper club the blades. Proper players. Proper fans. Proper gaffa! I know ur meant to have rivalries and have dislike for the ‘derby’ teams but i cant help but like the bladesmen!

He said he was going nowhere, seems he meant it 😍🔴⚪️⚫️⚔️

What a player. One of the best I've seen in my 35 years of watching the red and white wizards.

Fantastic news 👏👏 what a player he is. He was outstanding again today.

Fleck, who was crowned the club’s Player of the Year for two consecutive seasons, helped United clinch promotion to the Premier League in 2018-19 with some stellar performances.

He has shown that he is good enough at this level and has again excelled in the Premier League.

Fleck has netted five goals so far and has also earned his first cap for Scotland against Russia in a Euro 2020 qualifier.

The former Rangers youngster has been linked with a move to Arsenal, but the news will come as a blow for the Gunners as well.