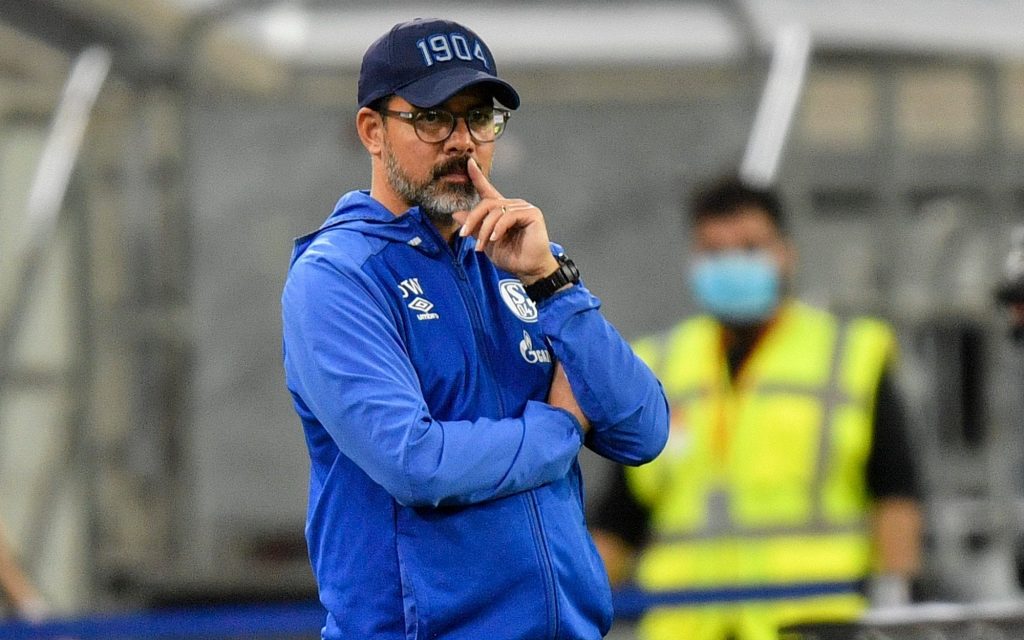 Schalke hosted relegation-threatened Bremen, with both sides desperately looking for a victory in the Bundesliga.

Bremen dominated possession early on and they almost had 80% of the ball at a point. But then Schalke fought back, almost creating a chance.

Their resistance was futile though, as Bittencourt planted a shot into the top corner from outside the box to put the visitors in front.

Schalke were much improved in the second half, but failed to create a chance.

Schalke started with a back 3, but it was more of a back 5 early as they were extremely defensive. Bremen looked to push their full-backs far forward in the first half.

Things changed in the second half though, as it was all Schalke.

After the substitutions, Bremen had totally parked the bus, whereas Schalke looked to throw the kitchen sink at them, but neither side could change anything.

Alexander Nübel – Surprisingly picked over Schubert, but he did well. He cleared all the crosses, and couldn’t possibly have saved the goal. 6.5.

Ozan Kabak – Decent in defence, as he made a couple of crucial challenges. 6.25.

Salif Sané – He was a constant aerial presence as always. Even played as a centre forward late on. 6.5.

Jean-Clair Todibo – Was decent defensively, but not great on the ball. He lost possession often, most notably when he had his pocket picked by Klassen, which led to the goal. 4.5.

Jonjoe Kenny – Not a brilliant showing from him. He was a presence down the right, but he lacked end product. 4.75.

Weston McKennie – Not a great game for him. Couldn’t do much in midfield, and he almost got sent off before he was substituted. 4.25.

Alessandro Schöpf – Mainly uninvolved for most of the match. 4.5.

Juan Miranda – Lively down the left, especially in the second half. Made threatening runs and delivered crosses throughout the match. 6.25.

Daniel Caligiuri – Yet another disappointing performance from him, as he was absolutely nowhere in the match. 4.

Michael Gregoritsch – Decent showing from him. Didn’t get any service, but he managed to conjure up a chance just before he was substituted. Managed a few defensive headers as well. 5.75.

Rabbi Matondo – Not involved in the game, as he couldn’t do much going forward. 4.75.

Benito Raman – Threatened a couple of times with his pace, but he was mainly subdued. 5.

Nassim Boujellab – Largely uninvolved since he came on. 4.75.

Bastian Oczipka – Couldn’t do much to affect the match after he was substituted. 4.5.

Team – Yet again, Schalke have failed to win. They have no wins in 11 games now, a run which spans the entirety of 2020. Once again, their lack of attacking threat cost them. They looked absolutely clueless in the first half, and although they dominated for most of the second half, they just failed to threaten Pavlenka. 5.5.

Jiří Pavlenka – Decent performance from him to get his third clean sheet in a row. 7.

Sebastian Langkamp – Solid at the back, as he made lots of blocks. 7.

Kevin Vogt – He was very strong in holding midfield. 6.75.

Niklas Moisander – Great display, as he made truckloads of crucial blocks and tackles. 7.5.

Theodor Gebre Selassie – He was great down the right flank, as he made darting runs up the field to support the attacks, and defended for his life later on. 7.25.

Maximilian Eggestein – Great in midfield, as he supported Klassen well. 6.75.

Davy Klaassen – Bossed the midfield, as he was making challenges and picking passes everywhere. Won the ball back which led to the goal. 7.75.

Marco Friedl – He was very strong at the back, as he made lots of important interventions on the left. 7.

Leonardo Bittencourt – Scored an absolute belter in the first half. Picked up an unfortunate injury after a heavy landing. 7.

Josh Sargent – Involved throughout the match, as he drifted wide to provide support to the attacks, but couldn’t do much in front of goal. 6.

Milot Rashica – Had an alright match, as he was lively in attack, but lacked an end product.l. 5.75.

Yuya Osako – Decent down the left since he came on. He had a massive chance when he was through on goal late on, but his unselfishness cost him. 6.

Davie Selke – Ran all over the pitch to help his side in defence. 6.75.

Team – Bremen were very good in the first half, as they absolutely dominated possession. Even though they were second best in the second half, they managed to hold on and come away with 56% of the ball. This is most certainly a crucial victory in their relegation battle. 6.5.

After losing yet again, Schalke drop down to 10th place in the Bundesliga, and all of their European hopes seem lost. Now, Wagner will surely be fighting for his job, and his team desperately needs to deliver.

Bremen, however, move to within 3 points of safety, and their extra game in midweek against Frankfurt may see them jump over that line as well. Their survival fight is well and truly on.