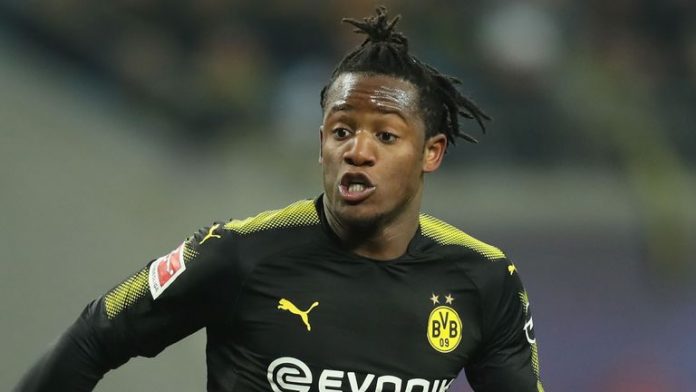 Sevilla are interested in taking Michy Batshuayi on loan from Chelsea next season.

Spanish media outlet Marca has claimed that the Premier League club are willing to let the Belgian striker leave on another temporary deal next term.

The 24-year-old enjoyed a successful loan spell with Borussia Dortumnd after being allowed to join the Bundesliga club back in January 2018.

He scored nine goals in 14 games for Dortmund, but his season was cut short by an ankle injury.

Batshuayi made his senior debut for Standard Liege in February 2011 in a 4–1 loss away to Gent.

He went to make 120 appearances for the club, scoring 44 goals.

The striker joined Marseille for £4.5 million in 2014 and bagged another 33 goals in 78 appearances for the French outfit. He signed for Chelsea in the summer of 2016 and has gone on to score 19 goals in 53 games for the club.

Batshuayi has been likened to Chelsea legend Didier Drogba, but he has been unable to nail down a regular place in the club’s starting XI.