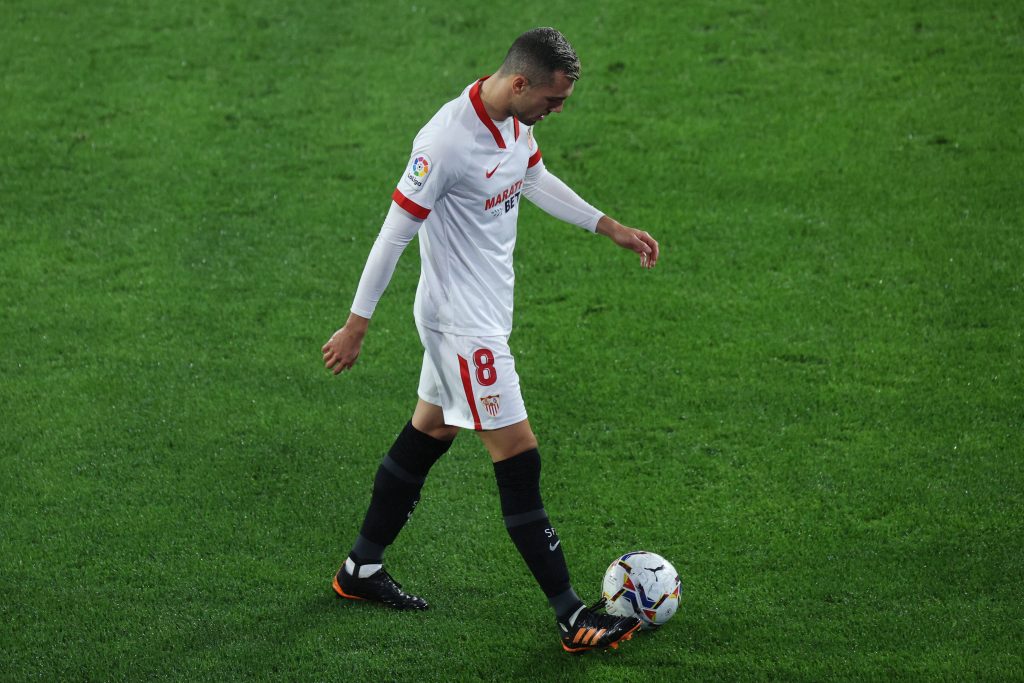 Spanish midfielder Joan Jordan has cooled any transfer speculation following reports of a move to Arsenal, insisting that he is focused on Sevilla.

Jordan has made 19 appearances for Los Nervionenses in all competitions this season, helping them to sixth place in La Liga, and qualification for the Champions League round of 16.

His performances have reportedly attracted the attention of Arsenal boss Mikel Arteta, who is believed to be a big admirer of the 26-year-old. According to the Mirror, the Gunners would have to stump up a £32m fee for his services.

However, Arsenal’s hopes of signing the former Espanyol man have taken a blow, with the player confirming that he is committed to Sevilla at this moment.

Speaking to Estadio Deportivo on the weekend (via TeamTalk), Jordan said: “My mind is genuinely here in Sevilla. I am at a super ambitious club, and I have nothing more to say because I really am super comfortable here, like I was when I arrived here.”

Jordan has enjoyed success at the La Liga side, winning last season’s Europa League in his debut season after defeating Inter Milan 3-2 in August’s final.

Arsenal could be in the hunt for a new central midfielder, with recent reports linking Dani Ceballos and Mohamed Elneny with moves away from the Emirates, leaving Arteta light on options at the heart of midfield.

The North London side were struggling this season, and looked completely bereft of creativity. However, a recent upturn in form has lifted spirits at the club, winning three on the spin against Chelsea, Brighton, and West Brom. This has left them in 11th place, six points off the Champions League spots.