This means that the 46 live matches Setanta had for the 2009/2010 Premier League season are now back on the market on auction, with offers needed by Monday.

The short deadline is primarily due to the limited time any broadcaster would have to effectively promote the next season, but it also suggests that potential bidders – mostly likely ESPN (who refused to bail out Setanta earlier in this saga) and Sky (who own rights to the remaining live matches) – have made contact with the Premier League and have already made arrangements to make bids should Setanta have failed to meet its financial obligations.

Losing the football rights – a major draw for a sports broadcaster which was already failing to meet subscriber targets – coupled with the last-minute backing out of a potential investor (Access) – means that Setanta Sports will have an almost impossible job of saving / reviving itself in the current economic climate.

As Chris points out, this only affects Setanta UK – Setanta Ireland and Setanta North America are still profitable and in case the sports broadcaster was to go into administration there’s a chance that those divisions could be sold.

Late last week, Access Industries, controlled by the US investor Len Blavatnik, tabled a £20m bid for a 51% share in Setanta. It had been hoped Access could lead a consortium of investors to provide fresh funding for Setanta.

However Access has now said it was unable to proceed with a deal with Setanta. It is understood that the deal faltered after it was revealed that Setanta owed a reported £50m to UK tax authorities. According to an official Access statement:

“Access believed that this proposal could potentially have secured the future of the broadcaster for its customers, employees and for football, provided certain conditions required to put the business on a long-term viable footing were met. Regrettably, despite intensive efforts on all sides over the past few days, and despite significant progress in a number of areas, there remain a number of issues which we have been unable to resolve within the time available.

We are disappointed not to have been able to make this deal happen. Access remains committed to sports programming and will continue to explore opportunities in this area.” 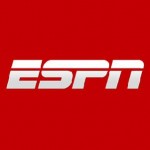 ESPN lost out on Premier League rights the last time around and now has an opportunity to pick them up at a potentially lower price than before.

Although Setanta still shares the TV rights to the US coverage of the Premier League along with Fox Soccer Channel up until the 2009/2010 season, if ESPN were to get access to the lucrative UK market this season, they would be in an excellent position to capitalise on that by bidding for the 2010-2013 seasons to the US rights.

Additionally, Setanta also hold the rights for one package of 23 games for the 2010-13 seasons and now that they have defaulted on their payments those also look likely to be up for grabs in the near future.

And one broadcaster’s misfortune could very well be another broadcaster’s good fortune – ESPN had refused to ‘lease’ Setanta’s Premier League rights earlier calling it a ‘business’ decision, and that decision will be vindicated next week if they end up owning the rights to the Premier League live matches Setanta lost today.