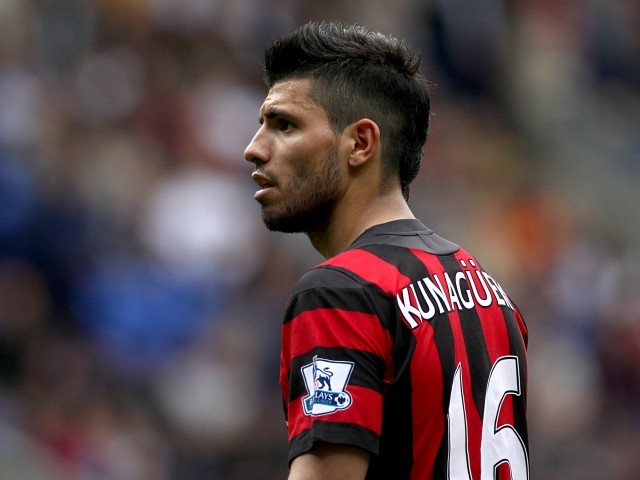 Last season, Aguero made 30 Premier League appearances, scoring 12 goals – however, the 25-year old only averaged an hour of playing time per game.

He did suffer a knee injury at the start of the 2012/13 season which saw him sidelined for a short period, but found himself in and out of the side due to his inconsistent form.

With new manager Manuel Pellegrini being an advocate of the 4-2-3-1 formation, Aguero faces stiff competition for a starting place.

Jovetic can play as a second striker, just behind the front man – a position Sergio Aguero has also featured in last season. But reports are suggesting he feels he’s no longer valued by the club.

His teammate Edin Dzeko was also a player who was linked with a potential departure, but Pellegrini has been very complimentary towards the Bosnia & Herzegovina international during pre-season and has insisted the 27-year old has a part to play in the side.

There have been no official bids for Sergio Aguero this summer, but many are worried the Argentine international could well make his resentment clear in the form of a transfer request soon enough in order to raise interest in him.

However, potential suitors to procure his signature are few and far between in Europe. His asking price is around £35M, and although his age suggests he still has plenty of years at the top level to play, not many clubs have the money to prize him away from the Sky Blues.

His future should be thrashed out before the start of the 2013/14 Premier League campaign.