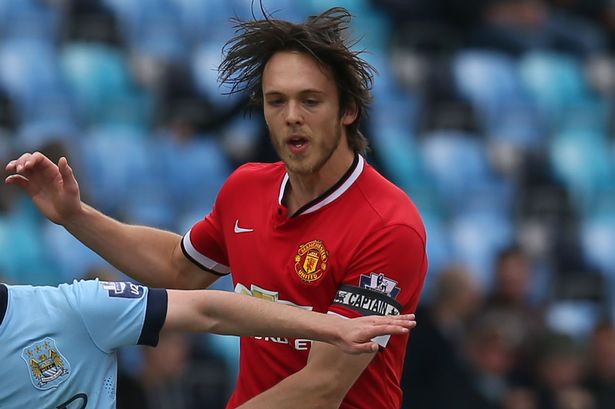 Manchester United have suffered a massive blow in their bid to retain Tom Thorpe after his under-21 teammate Sean Goss dropped a hint the defender is set to leave the club this summer.

The 22-year-old came up through the ranks of the Red Devils’ youth setup and has been instrumental in Warren Joyce’s title winning squad for the United under-21. His contract will expire in June and there has been no deal on the table.

Joyce’s side suffered a 3-1 defeat to Manchester City’s Under-21 side on Saturday. Thorpe and Sean Goss were involved in the fixture and the latter dropped a hint that the defender is leaving United in the summer.

“Disappointing result to finish the season today but been a good year, now time to get home for summer, also all the best to @tomthorpe93,” Goss posted on Instagram.

In January Michael Keane made his switch to Burnley permanent. The Dutchman deployed Paddy McNair and Tyler Blackett in the first team and the duo went on to impress with their performances, which helped them land a new contract.

Thorpe was identified as one of the best academy products in recent times and his potential departure from United will be a massive blow for the club.

He made his first team debut after coming on as a substitute for Angel Di Maria in the dying moments of the match against West Ham United at Old Trafford, which was his only first team appearance.