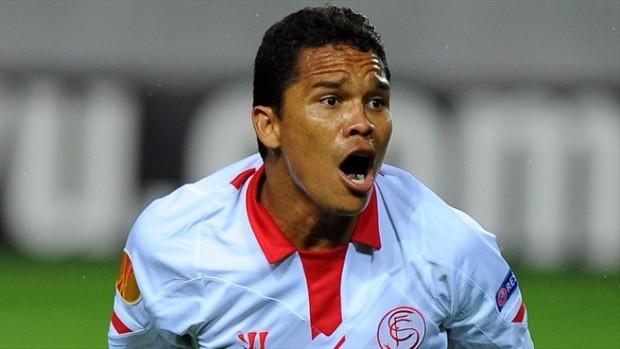 For many players, and in particular those of Colombian heritage, having to take over from Radamel Falcao would not be a simple task.

“El Tigre” as Falcao is popularly known in his homeland, maintains an idol like status in Colombia somewhat akin to the likes of Cristiano Ronaldo in Portugal, or Lionel Messi in Argentina for example. 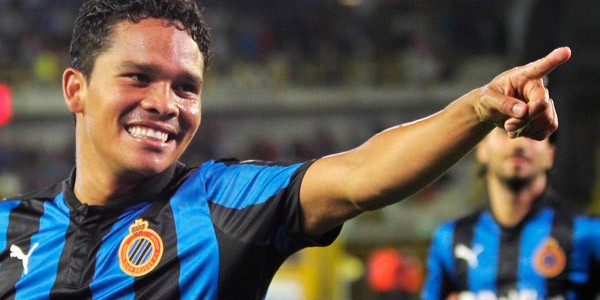 But Carlos Arturo Bacca (Puero Colombia – September the 8th 1986) has not done “easy” throughout most of his career, so why start now.

Carlos Bacca’s career does not mirror that of most of the talented South American exports plying there trade in Europe.

Whilst he does share the trait of coming from a humble, impoverished background, his story does not commence as a precocious young talent setting the domestic competition alight from a young age.

In fact until the age of 20 Bacca was working as a bus ticket inspector in his hometown of Puerto Colombia. His full top flight footballing professional debut would belatedly come at the age of 23 for local side Club Deportivo Junior FC.

Prior to this “El Peluco” as Bacca is also known, had plied his trade in the second division of Colombian football as semi professional, relying on his ticket inspector job as a valuable secondary income. Much like a Colombian Ricky Lambert or Ian Wright, Carlos Bacca had arrived to the top tier of the game very much as a late developer.

The Rise To The Top Of The “Colombian Ian Wright”

In 2009, barely 5 years ago now, Bacca’s debut season for the modest Deportivo Junior began promisingly. The Colombian marksmen managing to find the back of the net a total of 23 times in just 41 games.

Indeed in both his first and second season in the top flight, Bacca would finish as the club’s top scorer with a highly notable goal every other game ratio. This as is typical in Latin America football, promptly attracted the attention of wealthier South American and European clubs alike.

However Bacca’s unconventional gangly, bowlegged style, described in Colombia as “Garreta” (*), was to initially put off the scouts from bigger clubs the likes of Club Atletico Boca Juniors of Argentina, or Lokomotiv Moscow of Russia, who failed to make a concrete offer for Junior’s Number 9.

Bacca would have to wait until midway through 2011 season to make his introduction to European football. This coming in the form of a less  than glamorous transfer to the Jupiler Pro League in Belgium, however it would be a move to one of the competitions stronger teams in Club Brugge K.V.

And while Bacca would begin slowly (something that would be consistent throughout his career) he would go on to score be an unequivicola success in Belgium, hitting the back of the net an impressive 28 times in just 45 games, keeping up his better than goal every second match record.

Replacing The Beast Part 1… and Part 2:

Fresh from his success in Belgium football, and with Carlos Bacca very much a name on most European scouts watch list, it would be Sevilla FC, in the form of their world renowned footballing director/talent finder “Monchi” Rodriguez, that would nip in to take Bacca from Brugge for a fee believed to be in the region of €8m.

Both Bacca and Gameiro would not get off to the best of starts, the Colombian in particular frustrating the fans at the Sanchez Pizjuan (*1), perhaps more so due to his unique style.

It took the turn of the year and a resurgence in Sevilla’s own domestic form to begin to see the best of Carlos Bacca. His crowning moment would  come with a brace in a winning effort against Spanish giants Real Madrid. Bacca’s goals and all action performance that night, catapulted the “Los Cafeteros”(*2) frontman’s name up to an international stage, thus unsurprisingly attracting attention from teams in the Serie A and Premier League alike.

If reports in both the English and Spanish media are to be believed, Everton FC’s Spanish manager Roberto Martinez, is a keen admirer of Bacca. Martinez in particular having the Colombian in mind with a view to replacing another powerhouse centre forward in the form of their Belgium loanee Romelu Lukaku, and with a modest €9m buyout clause Bacca could well be on the move this summer.

Whilst Carlos Bacca is an all action centre forward, very much in the mould of the traditional British Number 9, he does not share a lot of the traits of his previous, & possible predecessors Messrs Negredo and Lukaku.

In fact a more accurate Premier League comparison would perhaps be the afore mentioned Southampton striker Ricky Lambert, an intelligent forward who makes use of his strength by involving himself in the build up outside the are, as well as in the box.

And whereas Bacca does exhibit many qualities in his game that are very much to like, he would do well to cut out the petulance and indiscipline that his plagued him in particular during his time in Europe.

If he can achieve this, and he moves to a club that is patient enough to support “El Peluco’s” traditional slow start, than Carlos Bacca certainly has the necessary qualities to continue his meteoric progression, out of Falcao’s shadow and into his very own spotlight!

* “Garreta” = Literally translates to bandy-legged or bowlegged, and is often used in Colombia to describe an awkward playing style

*1 Sanchez Pizjuan = The name of the stadium where Sevilla FC play there home games.

*2 “Los Cafeteros” = The name with which the Colombian national team fans and players are known by.