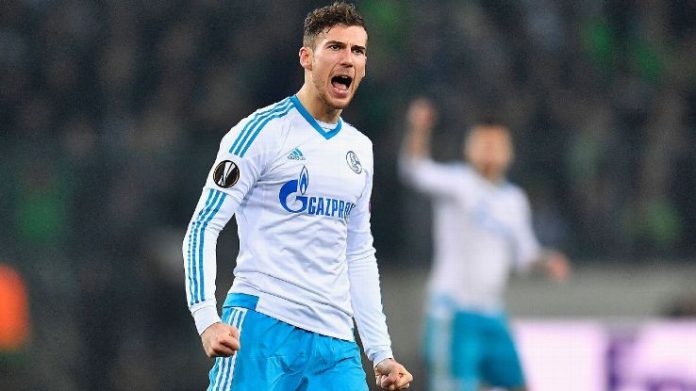 Arsenal are set to enter negotiations to bring Schalke 04 midfielder Leon Goretzka in the January transfer window, as per reports in the Guardian.

Liverpool are also rumoured to be keeping tabs on the German international as he runs out of contract at the end of the 2017/18 season. The 22-year-old has seen a steep rise in stature since his move to Schalke from Vfl Bochum in 2013. Goretzka was one of the shining lights in Germany’s Confederations Cup victory in Russia earlier this year.

An attacking midfielder by trade, with an ability to pop in goals at crucial intervals, Goretzka has been earmarked by Gunners boss Arsene Wenger as a potential successor to Santi Cazorla and a possible replacement for Jack Wilshere.

“I think if Schalke had no chance to keep him I would be the first to know that,” Heidel told German outlet SportBild. “But I haven’t received that kind of information until now.

“Leon will make a decision soon without us building any pressure on him.”

Germany’s national team general manager Oliver Bierhoff dropped a massive hint earlier this month regarding Goretzka’s future by suggesting that a move to England cannot be ruled out.

“We feel that England, because of the amount of money you have with TV rights, young talented players like Leroy Sané and [Schalke’s] Leon Goretzka are moving to England and this is not good for our league but also for the quality of our game,” he said.

Arsenal will be in Germany on Thursday to play FC Koln in a UEFA Europa League group stage fixture.