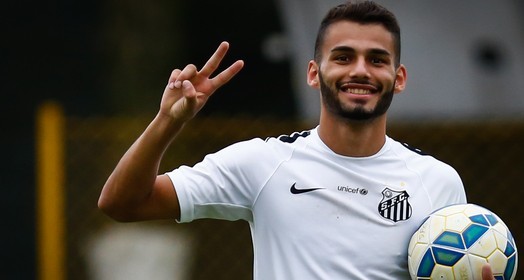 Brazilian club Santos are looking to finalise a deal with Premier League giants Chelsea for their exciting and talented young defensive midfielder, Thiago Maia, according to reports.

Maia is currently at Rio Olympics representing his nation but so far Brazil has disappointed their home fans with some terrible football.

Earlier this month, we reported, Iranian businessman Kia Joorabchian, the agent of the player, is actively trying to take his client to Chelsea. Maia has a contract with Santos till 2019 and he is not keen to leave Brazil at the moment.

Before Chelsea entered the scenario, Premier League giants Manchester United showed great interest in signing him. Back in March, a few months back, English press reported that United were preparing to make a formal bid to sign the 19-year-old but the deal probably didn’t materialise in the end.

According to reports from Brazilian journalist Bruno Andrade, Santos president is currently in London to discuss the player’s potential move and negotiate a deal for him as well.

Maia doesn’t have any immediate future at Chelsea, so it is highly likely the Blues would sign him now and send him on loan to Brazil to continue his development.