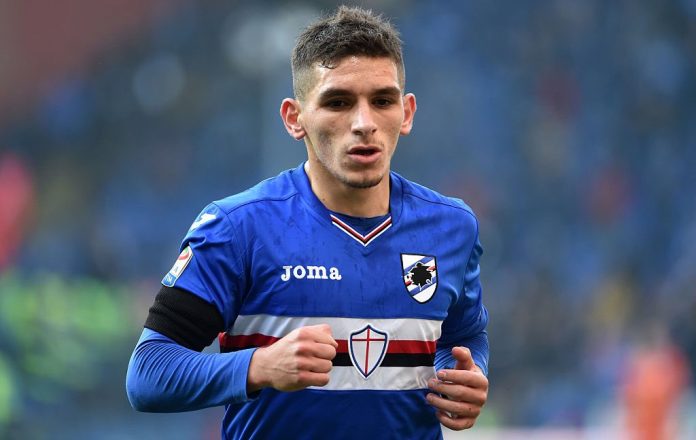 The Uruguayan has been linked with a move to Arsenal for a while now and it seems that the Gunners have landed their target.

The highly rated defensive midfielder will cost the Premier League side £26m. Torreira is currently away at the World Cup with Uruguay and he will join up with his new teammates later.

Arsenal needed to add to their midfield and Unai Emery has addressed the situation. Torreira is very highly rated around Europe and he will improve Arsenal significantly.

The Uruguayan will shield Arsenal’s back four a lot better than Xhaka and he will also allow the creative players to play with more freedom.

Speaking to the media earlier, Sampdoria’s President Massimo Ferrero confirmed that the player has left and the transfer will help the club move forward.

He also stressed on the excellent scouting job Sampdoria did when they signed the player for just £2.6m.

He said: “Torreira has left for €30m (£26m). I bought him from Pescara when nobody believed in him. We took a gamble on him and we won, paying just €3m (£2.6m). The money that comes in will be used to capitalise the company.”