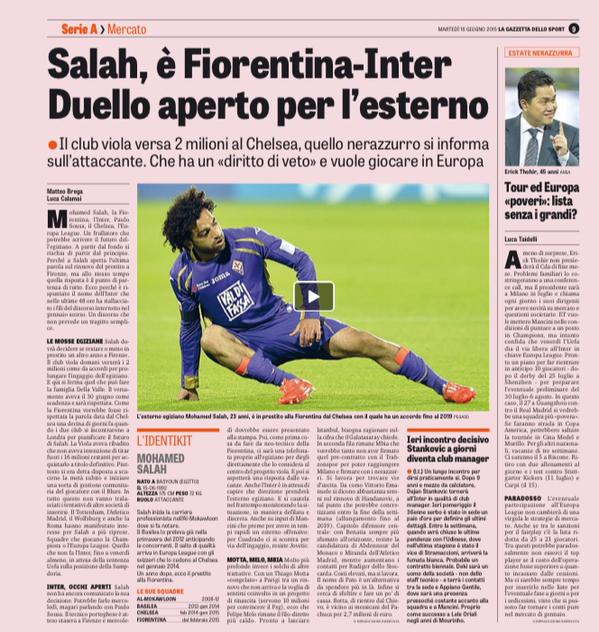 According to reports from Tuttosport, Antonio Romei, renowned lawyer and the right hand man of Sampdoria president Ferrero met with Pini Zahavi, who is a well known agent & one of Roman Abramovich’s trusted people, in Rome on Monday.

The parties discussed possible deals that could be beneficial to the Italian club, and players who they could buy within their budget. Chelsea defender Kurt Zouma emerged as one of their targets in the summer. The Serie A club are keen to sign him on a season long loan. 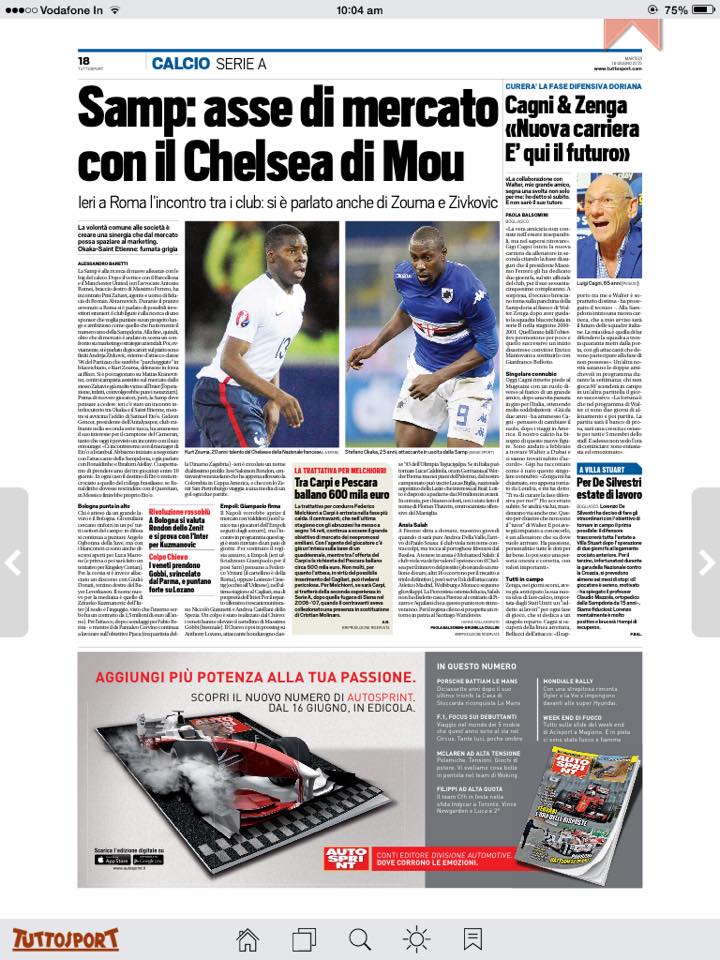 Zouma made a strong impression last season for the Blues. The 20-year-old made 15 Premier League appearances last season and looked comfortably every time he played alongside John Terry. The Blues are expecting him to improve further in his second season at the club, which means, Chelsea would probably not encourage sending him on loan at the moment, unless they plan to sign a top class defender in the summer.

Moving to other Chelsea transfer news, according to Gazzetta dello Sport, Chelsea winger Mohamed Salah is still undecided about his future. We do not know yet whether Mourinho wants him back but the Egyptian has no shortage of admirers, especially after impressing during his loan move for Fiorentina last season.

Salah needs to decide whether he wants to stay at Fiorentina for one more season, as the Italian club is planning to pay Chelsea €2m to extend the player’s loan for another season, as agreed by the two clubs months ago.

Fiorentina aren’t planning to shell out €16m to sign the player permanently, rather the Viola are looking at the options of co-managing him alongside Chelsea. However, the player himself will have the final call. Other clubs like Tottenham, Atletico Madrid, Roma & Inter have shown interest in securing his services.

The Egyptian winger may be waiting to talk to new Fiorentina coach Paulo Sousa before making his move. Sousa should arrive in Florence either tonight or on Wednesday and then the meeting could be arranged. Inter are monitoring the player’s situation and are waiting to hear his decision – in case he decides not to continue with the Florence club they would try to sign him as Mancini wants a fast-paced winger.