Why “The Saints” will be brought back down to earth 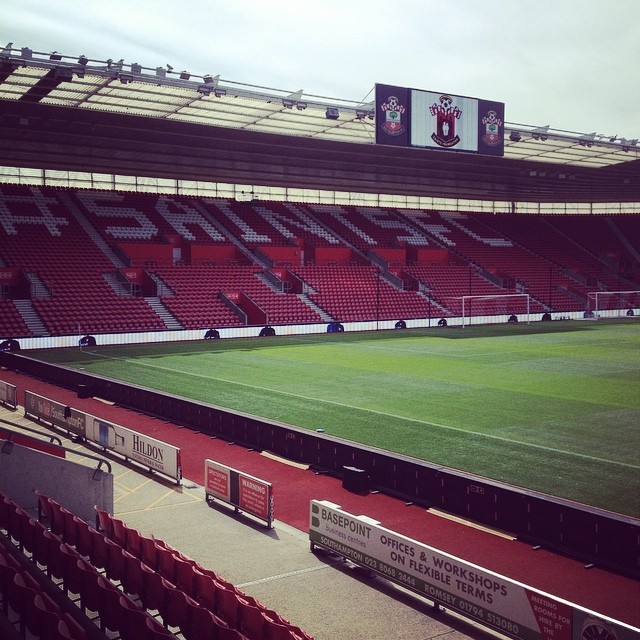 After a heady experience in the top-half of the table last season, many Southampton fans will be expecting more from their club. Cries for European football have been increasing on the South Coast, and the signings of the giant Fraser Forster and the outstanding flair of Tadic have done nothing but increase these shouts. A stalwart of their defence, Fonte, has been keen to stay and very positive about what the future may hold for his club. Furthermore the interest in young up and coming stars, and transfer-rivalry with ‘The Big Boys’ of the Premier League over Carvalho and Vlaar have shown that their ambitions lie at least in the top 7.

The exodus of players has not been completely negative. The £27 million for Luke Shaw will secure the club’s finances for years to come, and Inter Milan have been keen to loan in the troublesome Osvaldo.

The issue comes from the loss of “The Spine” of the side. Lallana, Lambert, Lovren, all were star performers for the Saints last season and have been snapped up by Liverpool. Chambers, who may have been moved inside to cover for Lovren, was released on a Free to Arsenal.

It’s not just the quality of these stars that will be missed, but what they brought to the dressing room. The energy of Lallana, the experience of Lambert and Lovren’s ability to put the team first over himself would have rubbed off on the excellent youth system at Southampton.

Since their promotion back to the premier league a few seasons ago, the atmosphere in the dressing room has never been questioned. Part of this is of course down to Pochettino, but there is no doubt that Koeman will be a more than adequate replacement, as shown by his excellent man management at AZ a few years back.

But with the loss of the stars has come disruption in the dressing room. The young stars are losing their mentors and are not content with that. Schneiderlin and others are no longer content in the club that has trained them.

This disruption will not be easy to correct next season. Koeman and his team will have to work hard for a midtable finish, let alone a European spot. Don’t expect to see the same Southampton style as last season as they try and find their feet.