Tottenham Hotspur secured a berth in the League Cup quarter-finals following last night’s win over Chelsea, and Eric Dier was named the official man of the match.

Dier also caught the eyes of the viewers after sprinting off the pitch into the dressing room during the game.

The Tottenham star was followed quickly by boss Jose Mourinho and both re-emerged a couple of minutes later.

Dier desperately needed the toilet and couldn’t afford to not answer the call of nature, and he took his award to the restroom to snap, joking that it was the real MOTM.

It left the likes of Ryan Sessegnon in stitches, and here is how the left-back and some Spurs stars reacted to the snap on Instagram: 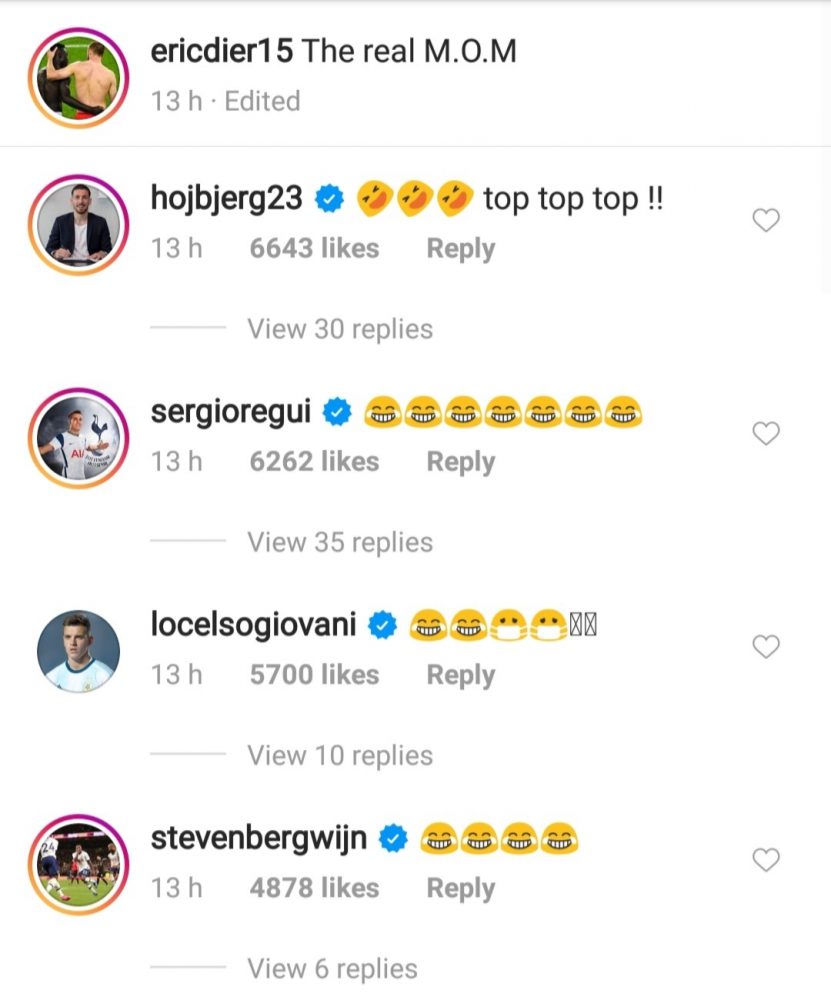 Dier used to play in defensive midfield under former manager Mauricio Pochettino, but he was able to convince Mourinho that he is best deployed in central defence, and he has proven himself very worthy thus far, establishing himself as one of the first names on the team’s sheet.

Spurs face Maccabi Haifa in the play-offs of the Europa League tomorrow before travelling to Old Trafford on Sunday to clash with Manchester United.