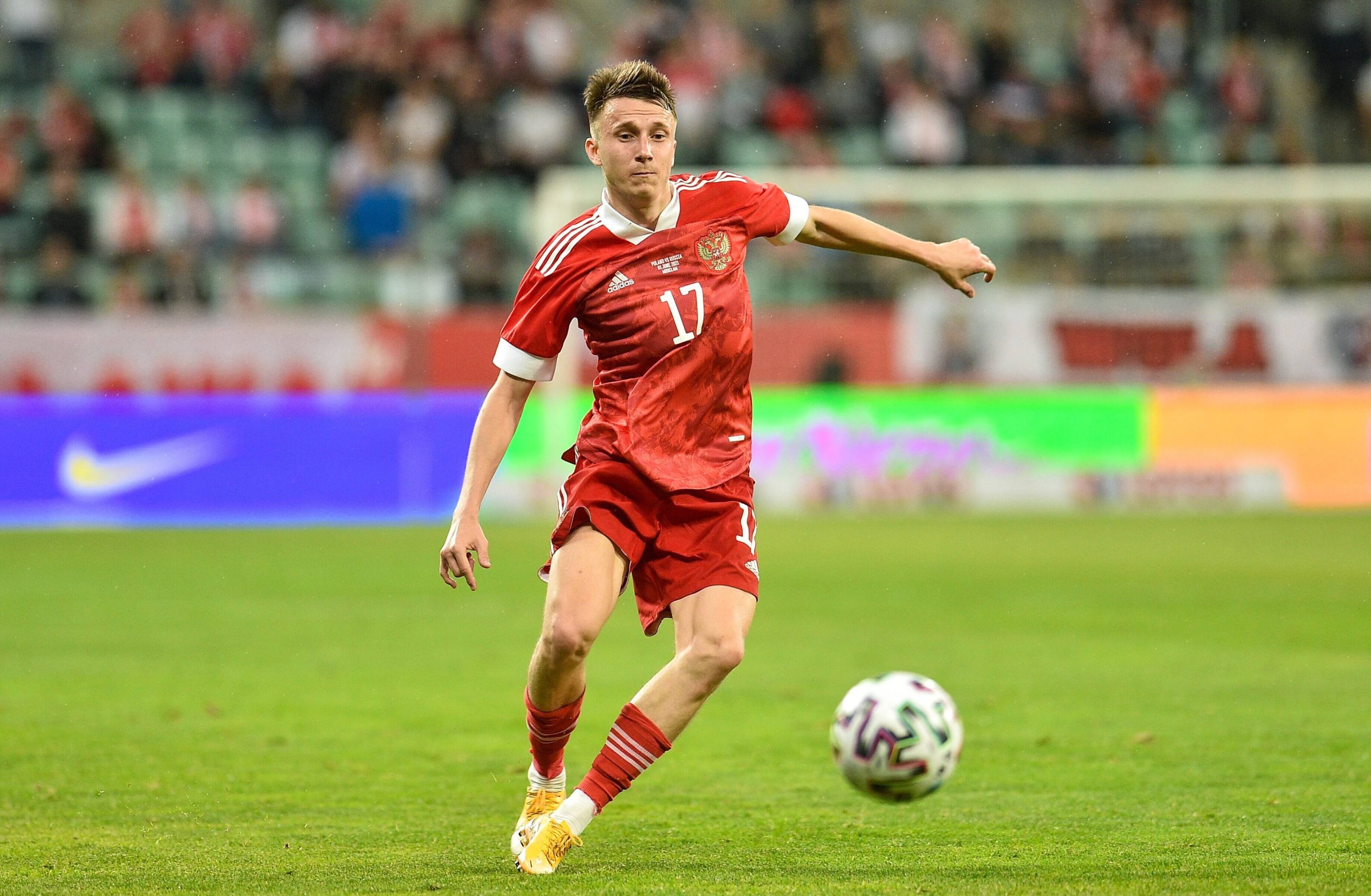 The illustrious playmaker is one of Russia’s four players to ply his trade outside the Russian Premier League.

The other three names on the list are Atalanta’s Aleksei Miranchuk, Valencia’s Denis Cheryshev and Antalyaspor’s Fyodor Kudryashov.

Golovin was one of the protagonists as the Sbornaya qualified for the quarter-finals at the 2018 World Cup, racking up a goal and two assists.

While enjoying a rise to prominence, the 25-year-old sealed a big-money move to Monaco in 2018 and has since excelled in Ligue 1.

He has been one of Niko Kovac’s key figures this season, helping the side from the French principality secure a top-three finish in the league.

Golovin is a versatile forward, capable of playing behind the strikers and on both wings, and will be essential to Cherchesov’s tactical set-up this summer.

Supporting the Monaco star creating Russia’s attacking movements will be Cheryshev and Aleksei Miranchuk, who has made the final cut, unlike his twin brother Anton of Lokomotiv Moscow.

Zenit St Petersburg veteran striker Artem Dzyuba will spearhead Russia’s attack on the back of a prolific season during which he scored 20 goals in 27 league games for the Russian juggernauts.

Compared to the previous Euro finals, Cherchesov’s backline has undergone more changes than any other department.

Except for the evergreen figure Yuri Zhirkov, Russia’s defence has completely changed its skin.

Legendary defenders Aleksei and Vasili Berezutski and their long-term partner Sergei Ignashevich have hung up their boots, opening the room for Kudryashov, CSKA Moscow’s Mario Fernandes and Zenit’s Vyacheslav Karavaev to make their debut at the European Championship.

Russia have qualified for their fifth consecutive Euro finals as they come up against one of the tournament favourites Belgium, Denmark and Finland in Group B.