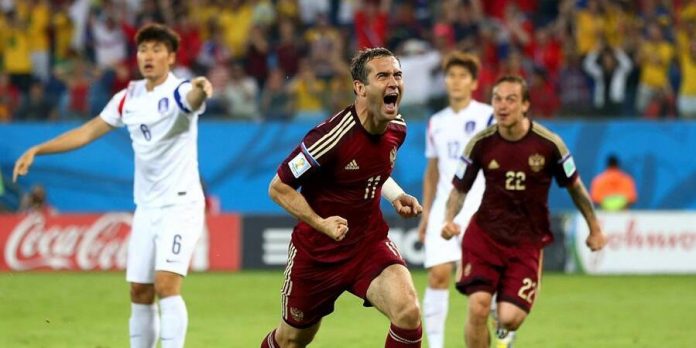 Russia striker Aleksandr Kerzhakov scored midway through the second half to earn Fabio Capello’s side a hard fought draw against South Korea on Tuesday, with the 31-year-old joining Vladimir Beschastnykh as Russia’s all-time top scorer. 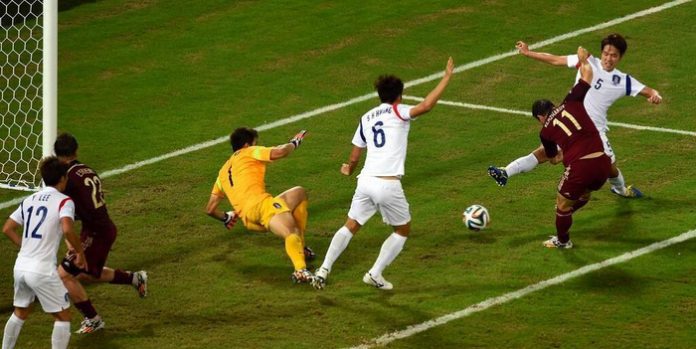 Kerzhakov’s goal, the 26th of his international career, saved his keeper Igor Akinfeev’s blushes, with the CSKA Moscow man inexplicably allowing a routine shot to slip between his fingers to give South Korea the lead in the 68th minute.

The match was the very last in the opening round of group games in Brazil, and after only two draws so far (both 0-0’s), fans were optimistic that the two sides tonight wouldn’t add to the tally.

But the match lacked the necessary tempo to really get going, especially in a dour first half, with very little in the way of attacking invention from either side.

It was hard to see where the first goal would come from, if it would come at all, until Russia goalkeeper Akinfeev endured a horror moment that will surely haunt him for many years to come. 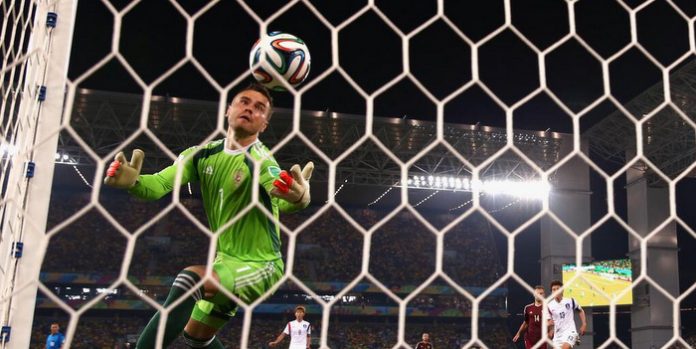 The 28-year-old seemed uncharacteristically shaky between the sticks, often failing to gather shots, and rarely exuding any real confidence at the back; and his inability to hold onto the ball would be his undoing just after the hour mark.

Lee Keun-ho’s speculative effort from range looked to be gobbled up by the CSKA captain, but in a grand case of butterfingers, the ball span out from his grip, practically over him, and into the net.

It was a sad moment for Akinfeev, but a moment of unshackled jubilation for the Koreans, who looked likely to see out an opening night win, one that would greatly increase their chances of progressing out of Group H.

But is was not to be, with substitute Kerzhakov slamming home a loose ball in the box after Alan Dzagoev had seen his initial shot saved.

The draw sees both sides move to within two points of leaders Belgium, who beat Algeria 2-1 in the late afternoon kickoff.