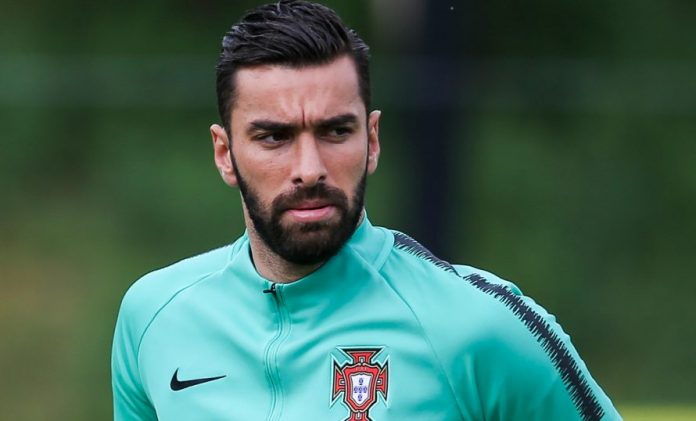 Summer signing Rui Patricio is already in love with his new club. The Wolves goalkeeper says that the club must have the ambition to do bigger than just focus on staying up in the Premier League.

Wolves have spent big in the summer transfer window, and Nuno Espirito Santo has assembled a very good squad capable of finishing within the top 10. They have started the 2018-19 campaign strongly, and Patricio feels that the club should aim high given their quality and depth in their squad.

Patricio says the Wolves fans must also ‘think bigger’. He is impressed by the electrifying atmosphere at Molineux, and believes that fans have played a big part in it.

“We want to establish ourselves in the Premier League but knowing the quality that we have and what we could do, we can have the ambition to do more,” said Patricio as quoted by Express and Star.

“Not just stay in the Premier League but aim higher. This isn’t just the players, staff and club, but I think the fans can also think bigger.

“Talking about the fans, the atmosphere has been fantastic. Without a doubt when they say it’s the best football in the world, the fans have something to do with that. They go to football to watch a match but also to watch a show.

“They have so much respect in the stadiums, to the players, the coaches. It brings a spark to everyone and trust. The respect they have we feel it. The entrance, the fireworks, the lights; it’s a show at the football.”

The former Benfica goalkeeper is in the Portugal squad with Wolves team-mates Helder Costa and Ruben Neves. He has been superb this season for Wolves, and has kept four clean sheets already.

Wolves will face Watford at Molineux in their next Premier League game after the international break.