‘A Segunda!’ screamed Faria, getting in the face of Sporting boss Manuel Preciado. The parking lot was hot with tension, with Real Madrid manager Jose Mourinho throwing two fingers up at Preciado, who in turn grabbed his crotch, and hurled a bottle at the Real team coach as it left the stadium victorious on the night, having antagonized their beaten opponents to a state of frenzy. 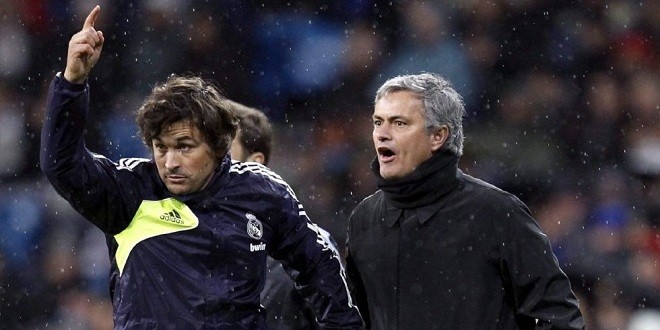 This was one of the controversies the Special One’s long-time colleague and companion, Rui Faria, has been actively embroiled in, with Real Madrid’s hotly-contested 1-0 win over Sporting back in 2010 highlighting the Portuguese’ fierce loyalty and hot temper, something we saw in spades two weeks ago during Chelsea’s shock 2-1 defeat to Sunderland. 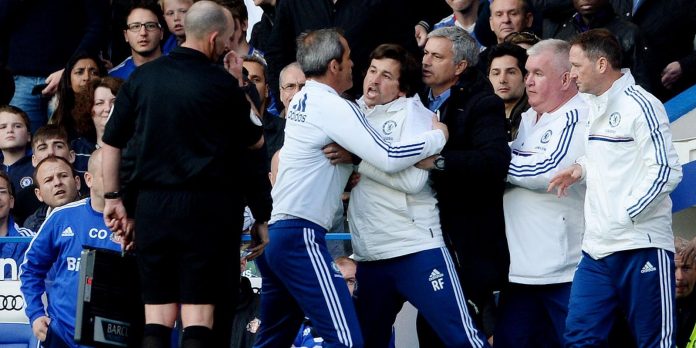 The 38-year-old completely lost it following Fabio Borini’s winning penalty, with Mourinho having to physically restrain his compatriot as he violently remonstrated with referee Mike Dean, for which the FA has handed him a six-match stadium ban.

Faria has been working with Mourinho since 2001 when he took his first steps into management with União Leiria in Portugal, and has now risen to the post of assistant first team coach at Chelsea, with Mourinho describing him as his ‘methodology right arm, the guy that understands best my information and the way I work’. 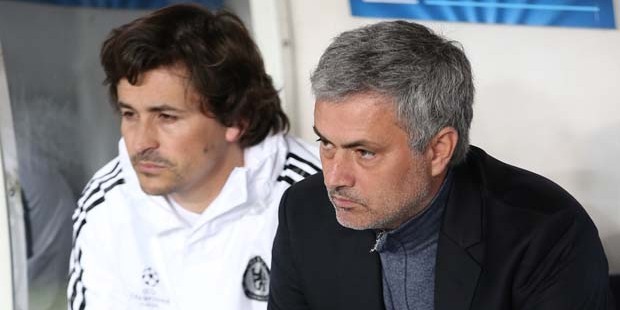 The aforementioned loyalty is the overwhelming feature of Faria’s professional personality, snapping like a terrier in Spanish parking lots in staunch defence of his manager, and going full nuclear when things take a turn for the worse.

Faria was also sent to the stands following an exchange with Reading assistant manager Kevin Dillon during Chelsea’s 1-0 win over Reading in 2006, with the Blues in the middle of a veritable war zone.

But his most controversial moment however must be in the 2005 Champions League quarter final tie against Bayern Munich, with the then fitness coach accused of relaying information via a concealed earpiece from Mourinho, who was serving his own stadium ban at the time.

It’s been a bumpy ride so far for one of the most fiery assistants in the game, with Faria’s name getting more and more air-time recently. Could he be planning one day to take the plunge into management, where a potential meeting with his eternal companion Mourinho would, for the first time, pitch them against one another, rather than place the pair in each other’s pockets?

What do you think of Rui Faria? Get involved in the comments below…