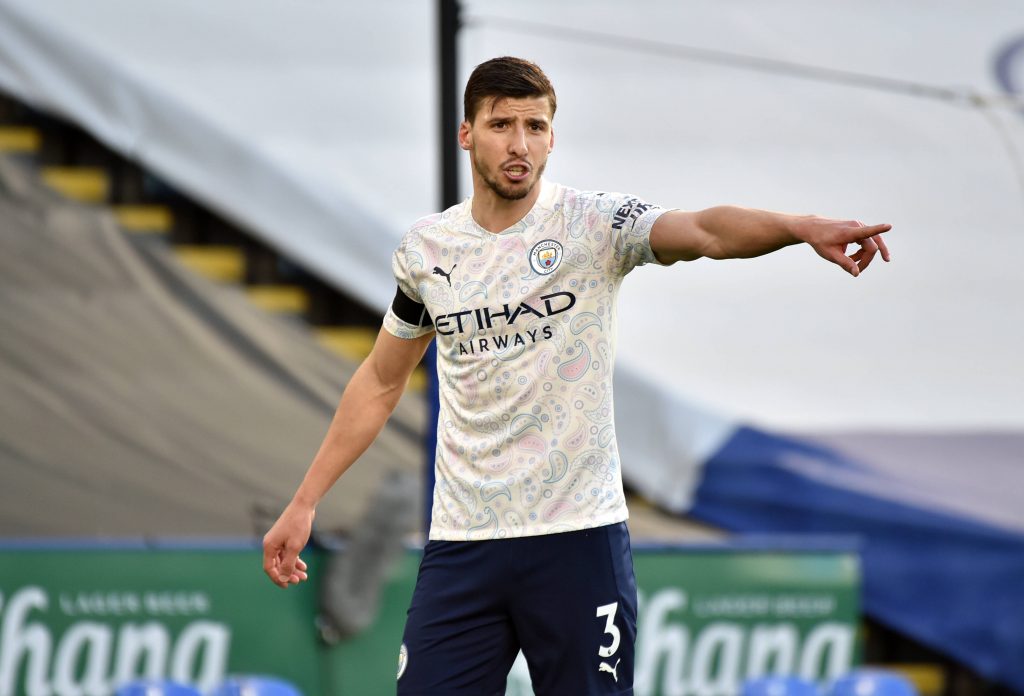 Ruben Dias has been named as the Football Writers’ Association Footballer of the Year.

The centre-back arrived at Manchester City in September for a club-record fee of £64 million.

This came just a few days after being comprehensively beaten 5-2 at home to Leicester City. It was obvious that reinforcements were needed at the back.

The Portuguese made his debut in the club’s third game of the season against Leeds United, drawing 1-1.

He recorded his first clean sheet in the Premier League in their next outing against Arsenal, which they won thanks to a goal by Raheem Sterling.

The Cityzens had a bit of a difficult start to the season and found themselves in 13th after nine games.

However, they propelled themselves up the table soon after with a fantastic unbeaten run, and Dias was a key part of it.

Alongside John Stones, the 24-year-old kept 11 clean sheets in 13 games as Man City reached the top of the league.

This run earned him a lot of recognition, with some beginning to mention the defender as an outside shout for the PFA Player of the Year award.

His first goal for the club came in February in their 2-1 win over West Ham United. Dias hit the opener, heading in at the back post from Kevin De Bruyne’s cross.

Pep Guardiola’s men wrapped up the Premier League title in May following Manchester United’s defeat at home to Leicester City.

Going into the final game of the season, they boast the best defensive record, conceding just 32 goals and keeping 18 clean sheets.

But it’s not just in the Premier League where Dias has excelled. He received high praise for his performance in the Carabao Cup final against Tottenham Hotspur and won the Man of the Match award in the second leg of the Champions League semi-final against Paris Saint-Germain.

Many have hailed the impact that he has made at the Etihad Stadium, with Sky Sports duo Gary Neville and Jamie Carragher selecting him as their Player of the Season. The latter likened him to Liverpool centre-back Virgil van Dijk.

He will likely be the favourite to win the PFA Player of the Year award later this month, with Bruno Fernandes and Harry Kane also up there.

However, in the previous two seasons, the FWA Footballer of the Year has not won the PFA POTY award.

He also becomes the first player to win the award in their Premier League debut season since Gianfranco Zola in the 1996/97 season.

On top of this, he is the first defender to scoop the prize in the Premier League era, with the last defender being Steve Nicol in 1988/89.