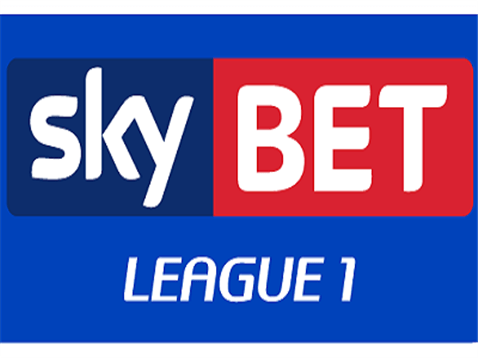 Rotherham United and Leyton Orient will battle is out on Sunday in a contest few would have picked at the start of the season. Over the course of the season, both teams don’t deserve anything less. If the games in the playoffs are any indication to how this match will unfold, it will certainly be one to watch.

Leyton Orient overcame a Peterborough side that were tipped for promotion at the beginning of the season, whereas Rotherham United came up against the team each side wanted to avoid, Preston. Preston was the favourites going into the playoffs. Why? I couldn’t tell you as there form against the top 6 has been poor all season, but you put a big name into the mix and they will always be picked out first ahead of the minnows.

Both clubs have been up in the playoffs all season and Orient top for a good proportion after a start most clubs are envious of. Everyone expected them to slip like Tranmere did last season, but Russell Slade was not going to let that happen, and they performed admirably all season, with their away form being significantly better than their home.

Just like Orient, Rotherham performed better away from home, winning a very respectable 14 of their 23 games on the road, with only Wolves 2 extra points being better than them in the league. They too have defied the odds of both managers and fans across the country in finding themselves in the playoffs. After being promoted last season, the club needed to work and to build. At the start of the season I said anywhere above the relegation zone and I would be thrilled. So you can only imagine the enjoyment I’ve gotten out of this season.

With 45000 fans expected for the big day, this will be some of those playing’s biggest moment to shine, as well as for the big players to come out.  For Rotherham that means Agard, Pringle, Morgan, Frecklington, Revell, Tavernier and co will have to come out and play how they have all season. Without fear, with their own style and the attacking threat they have been throughout the season.

For Leyton Orient, experienced heads may be the answer, veteran Lisbie will be the one Rotherham need to watch, but also the skilful midfielder Cox and striker Dagnall. Frenchman Vincelot and winger Odubajo will no doubt also be on Rotherham’s hit list of men to keep quiet.

This season has been a massive improvement for both sides, and I couldn’t praise the managers more highly. If you read my last article you will know my opinions on Steve Evans, so I not need go into it but there is one thing I never mentioned with him, and that’s his so very subtle mind games. With Preston, he started early after the first leg. Saying our three key players would be missing or were big doubts. Throughout the week, this continued up until the team sheet being released. All three started, and what happened? Two assists from Pringle and a goal each for Frecklington and Agard.

Russell Slade is a man I very much like as a manager. He speaks well, knows his football and brings a lot out of each of his players.  This season he’s built on a solid squad come the end of last season and produced a side that deserved more than just a Wembley final.

Just like the semi’s I can’t call how this game will unfold, the bookies have picked Rotherham as their favourites, but as we know both these sides play the underdog very well. Come Sunday, the talk and the odds will no longer matter. In a one off game it could certainly go either way, and one mistake may be costly for either side.

I would like to finish by just mentioning the prices for the playoff final. They are a disgrace, and the FL should hang their heads.  We paid £52 each, with the highest prices touted at £80. In an age where people can just afford to wipe their own arses, it is a truly shocking amount for League 1 football.