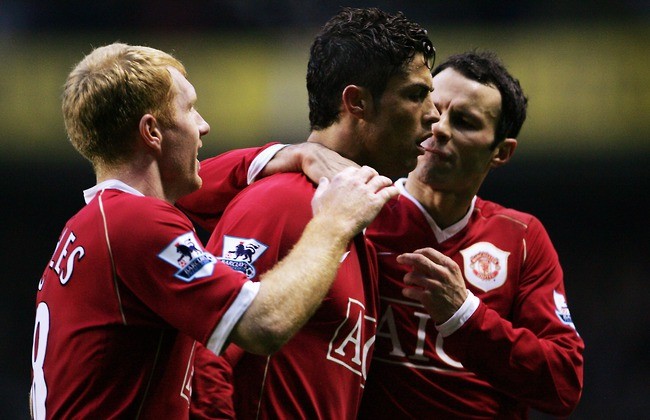 Reports have suggested Cristiano Ronaldo will hold secret talks with Manchester United over a possible return to Old Trafford and the Premier League.

If those talks happen, they will stay very much behind closed doors because any publicity or proof of them will land all parties concerned in very hot water with FIFA.

If United do have a chance to talk to their former player this summer then there are several things which may be on the agenda and may have an affect on Ronaldo’s decision to push for a move back to the club.

The money issue is possibly the most important point that the two parties could talk about.

Ronaldo’s current contract doesn’t expire for another two years which means any fee involved is going to be huge.

Add to that the fact that Ronaldo is likely to demand a very high pay deal, with plenty of add ons and the costs can quickly add up, spiralling out of control unless they are discussed in great details.

Ronaldo played alongside Rooney during his time at Old Trafford and his return could rest on the shoulders of the striker.

Ronaldo is unlikely to return to the club in any period of uncertainty, which Rooney’s exit would create.

If Ronaldo is given assurances that Rooney is staying at Old Trafford, that could further convince him that the guaranteed success of the Ferguson era will be carried forward under the new boss.

Ronaldo may want assurances that he can talk to Sir Alex Ferguson about various matters relating to both on and off the pitch.

Ronaldo has made no secret over his admiration for the former United boss, even describing him as a father figure.

If David Moyes doesn’t allow that access between the player and his former manager, Ronaldo may see that as a reason not to return to the club.

In the same way that Ronaldo’s return could depend on his desire to stay in close contact with Sir Alex Ferguson, it will also rest on the new boss David Moyes.

Ronaldo will not go back to United if he doesn’t believe that Moyes is a good enough boss to protect his interests, look after him both on and off the pitch or if he doesn’t give him the basic assurances over the ambition of the club.

Moyes will also be crucial in any negotiation period to ensure that United get a good deal out of his possible return, which doesn’t threaten any other areas of his squad or the finances of the club.

Finally, and possibly the most realistic option, Ronaldo’s return or plans to go to Old Trafford may be based on nothing more than wanting to catch up with old friends.

The forward has never hidden the fact that he stays in touch with various members of the club and friends he still has in Manchester so we may just be reading too much into any trip to Manchester this summer.

Bear in mind it’s never easy for someone of Ronaldo’s profile to ever return to Manchester on the quiet, without speculation building.

To keep an eye on all transfer stories, follow our Premier League transfers page.