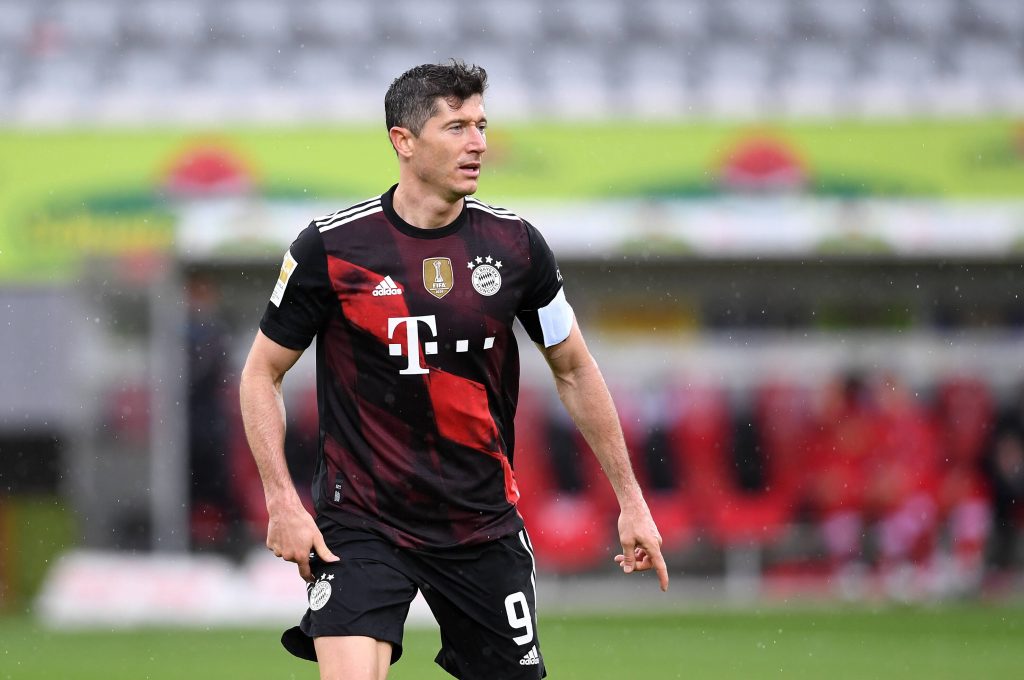 Lewandowski joined Bayern Munich in 2014 on a free transfer following the expiry of his contract at rivals Borussia Dortmund.

Since then, he has enjoyed a highly successful time at the Allianz Arena.

In his 329 appearances in all competitions for the Bavarians, he has scored a staggering 294 goals.

This has helped his side to seven Bundesliga titles, three DFB Pokals, and a Champions League.

However, there are rumours that the Poland international could be on his way out of the Bundesliga this transfer window.

Behrenbeck claims that the striker feels like his story at Bayern is complete and now wishes to move to Real Madrid.

Despite this, the club are unlikely to allow their star man to leave. He has two years remaining on his current contract, leaving them under little pressure to sell right now.

Madrid have been looking for a new striker this summer as they seek a long-term replacement for top scorer Karim Benzema.

The Frenchman is still one of the world’s best forwards but is 33-years-old now.

However, Lewandowski is unlikely to fix this problem, given that he also turns 33 next month.

Erling Braut Haaland and Kylian Mbappe are far more suitable options, although they would probably cost more than Los Blancos could afford.

Lewandowski has also been linked with a move to the Premier League, with the Daily Mail claiming that Manchester City are interested.

The English champions are in the market for a new striker following the departure of club legend Sergio Aguero.

Tottenham Hotspur’s Harry Kane was believed to be the number one target, but little progress is being made in the negotiations.

The Cityzens apparently view Lewandowski as an alternative, although his age could again be an issue.