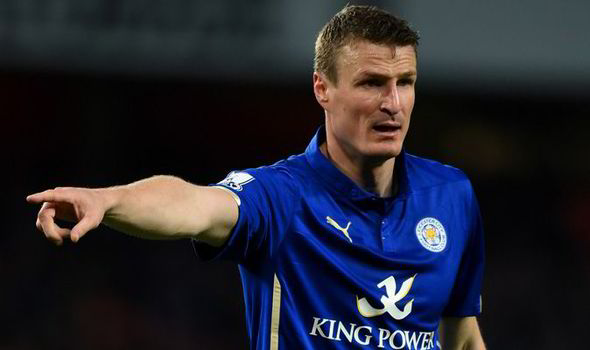 According to a recent report from the Leicester Mercury, Aston Villa are looking to sign former Stoke City defender Robert Huth following his departure from Leicester City at the end of the season.

The report claims that the Villans are in talks with the German centre-back over a possible move in the summer transfer window.

Huth is an experienced Premier League defender who has played for clubs like Chelsea and Stoke City in his career.

With Villa struggling financially, they can only afford to sign players that are either on loan or a free agent. From that perspective, Huth fits the bill nicely.

It remains to be seen whether they will be able afford him as he earned £38,000 per week as salary at Leicester last season, according to Spotrac.com.

He would be a smart signing for Villa as he would come on a free transfer. However, concerns remain over his injury issues, as he last made a senior appearance in May 2017 and did not play at all last season due to injury problems.