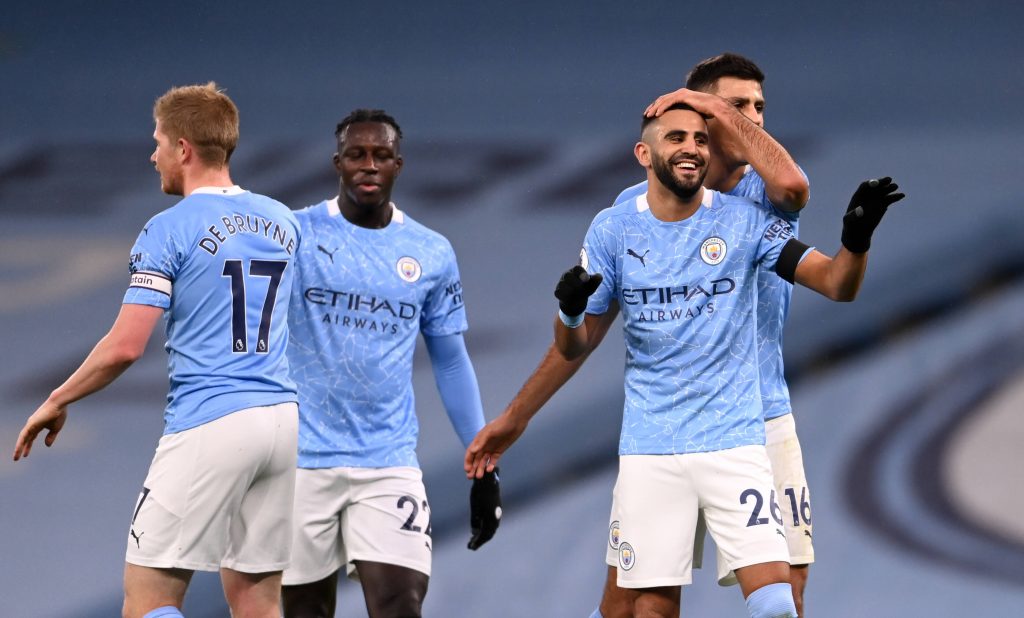 Algeria international Riyad Mahrez has said that he feels ‘very good’ at Manchester City and plans to see out his career with the Premier League champions.

The 30-year-old has had another fine season with the Cityzens, registering 14 goals and seven assists from 45 appearances across all competitions.

His form was inconsistent during the first half of the campaign, but he has been hugely impressive in the back end with several stand-out performances.

He has particularly impressed in the knockout stage of the Champions League and scored three goals in the recent semi-final triumph over Paris Saint-Germain.

Speaking to RMC Sport, Mahrez said that he has no desire to look elsewhere, and he would personally prefer to end his career with the Cityzens.

He said: “My future? I feel very good at Man City. There is no desire to look elsewhere. I don’t know yet what my situation will be. But I’m happy at City, and that’s where I want to be.”

There has been speculation that Marseille are interested in signing him, but Mahrez is determined to stay put.

Mahrez’s future was the subject of speculation between December and January. He was a regular on the bench and made just one start from seven league matches.

Algeria manager Djamel Belmadi said that Mahrez was not ‘happy‘ with his situation. The £120,000-a-week attacker has since made a terrific turnaround to his career.

He has been an unused substitute for the last three leagues games, but this should not be a worry as he is being kept afresh for the Champions League final against Chelsea.

The Cityzens are scheduled to face Brighton & Hove Albion and Everton before the European showdown. Mahrez could start both games in preparation for the final.