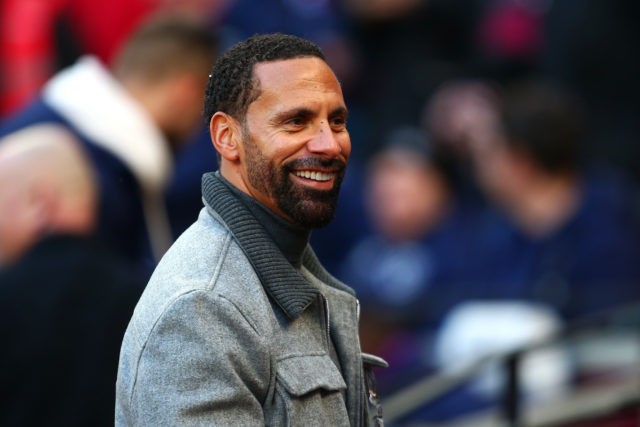 Manchester United legend Rio Ferdinand believes Liverpool have a strong chance of finishing in the top four after a stunning performance against Arsenal on Saturday.

The Reds have struggled with their form since the turn of the year, but they comfortably beat the Gunners 3-0 at the Emirates Stadium.

Speaking on BT Sport yesterday, Ferdinand said that the Reds are best placed to finish in the top four ahead of Chelsea, Leicester City and Tottenham Hotspur.

He added that the Merseyside giants could get on a winning run, and he has the sneaky feeling that they will make it, though he wouldn’t want them due to the fierce rivalry.

He said via football.london: “I think Liverpool are going to get in there now.

“The result they got at the weekend, the performance and the confidence that will give that team. Fabinho back as well is a huge, huge, huge difference.

“I just think Liverpool, with how they’ve been in the last two seasons, they have that know-how, that nous to go and put a run of results together.

“Out of Chelsea, Leicester, Liverpool and Spurs, the team who could go on a six, seven, eight-game run [of wins], I think Liverpool are that team.

“I’ve got a sneaky feeling they will. I hope not if I’m being honest.”

The Reds have looked far from their best this season, and they have succumbed to some shock defeats against mid-table teams in recent months.

However, they looked in prime touch last weekend as the Gunners barely got the chance to test goalkeeper Alisson over the course of 90 minutes.

The convincing 3-0 win should give them plenty of confidence, and they are slowly building momentum for the final phase of the campaign.

They are currently a couple of points behind fourth-placed Chelsea but have a good chance of surpassing the Blues with an easier run-in.

Manchester United are the only team currently in the top six, who the Reds have to face during the final eight games of the league campaign.

The Blues, meanwhile, need to tackle the likes of West Ham United, Manchester City and Leicester while they also have a derby against the Gunners.