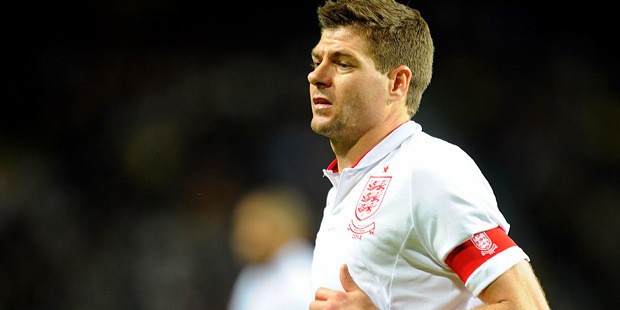 Shebby Singh, before becoming the Global Adviser of Blackburn Rovers, in a talk-show for ESPN Asia once said that “Gerrard should play at Right back.” In fact, he has written a piece about it in 90 minutes magazine, explaining in details why Gerrard should be deployed at right-back and not at central midfield.

His logic are as ridiculous as his presentation. He says Steven Gerrard lacks the tactical nous of a central midfielder, but he is good at delivering crosses, hence he should play at right back. Laugh as much as you can.

We all know that Steven Gerrard doesn’t possess the subtlety of a Xavi or somebody like Alonso but he is still one of the best central midfielders in the world and the country has ever produced. At best he can play on the wings, but the ideas of playing him on right-back is all but utter nonsense.

First choice Right back Kyle Walker is suspended after picking up a yellow card against Montenegro on Friday night but England have able deputies in Manchester United pair Chris Smalling and Phil Jones but still the former Manchester United star thinks that Liverpool skipper is the answer to Roy Hodgson’s selection dilemma.

He told talkSPORT: “You could always put Steven Gerrard there because then you’ve got delivery coming from the right back, which might be essential.

“We’ve got great delivery from the left in Leighton Baines and with Gerrard on the right, it might release Jack Wilshere or Michael Carrick to play, then you’ve got someone threading a lovely ball through from that position as well.”

Comment – How bizarre the idea can be! Gerrard is versatile enough to probably adapt to any position in the field bar goal-keeping but still that doesn’t mean he’ll have to fill up the right-back slot especially when England have got able deputies around.

Gerrard played at right-back before, especially during his early days (also started at rb on his debut) but in such a crucial game against Poland, this is not a time to experiment with such ridiculous ideas.