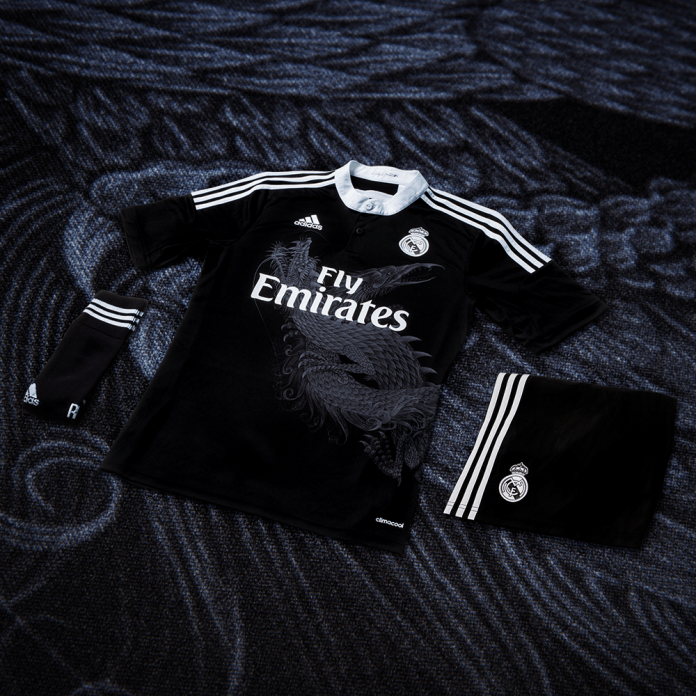 Real Madrid and Adidas have launched their new kit that will be worn in this season’s UEFA Champions League. The world footballing giants will wear the all-black kit as they attempt to become the first side to ever defend the Champions League.

This kit has been designed by Japanese design revolutionary and long time Adidas collaborator, Yohji Yamamoto.

There are two mythical beasts interlaced on the front of the shirt – a dragon king that symbolises the greatness, glory and power of the Spanish club. And a dragon bird, an animal tat is able to relive in the most-hostile situations that represents the clubs resistance, determination and agility on their way to victory.

Following the design of the home and away kits, the third kit is also crowned by a mao-type collar, a two-colour crest and the signature of the Japanese designer.

The kit is also equipped with the adizero™ technology to get the maximum out of the players. The ultra-light fabric enhances breathability and allows unparalleled freedom of movement.

This third kit has been designed to be worn by the Real Madrid team on the pitch in the 2014-15 UEFA Champions League campaign and will be available in stores from 26 September 2014.