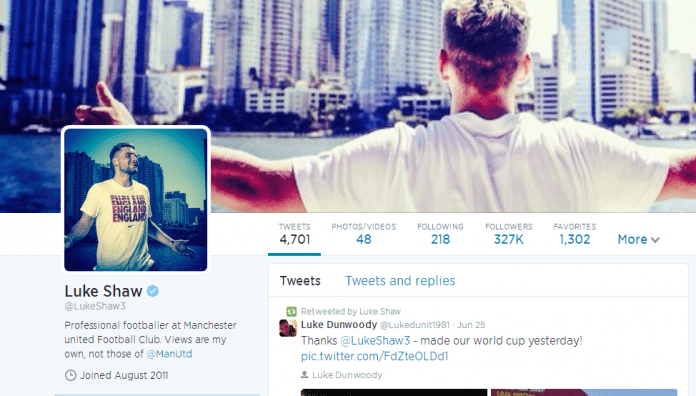 Southampton star has confirmed it on Twitter that he is now agreed terms to join Manchester United after changing his Twitter bio as ” Professional footballer at Manchester united Football Club.”

The 18-year-old has long been linked with a move to Old Trafford as a long-term replacement for Patrice Evra. The French international recently signed a new one-year deal to extend his United stay.

Despite breaking the news too early before United revealing the confirmation of the transfer, the England international later went on to delete his Twitter bio. However, we have managed to get a screenshot of what Shaw did. We were much faster like many other Twitter users to actually take a screenshot.

United already confirmed the signing of Ander Herrera from Athletic Bilbao. If the Red Devils land Shaw, the left-back will be second signing of the Old Trafford club as they prepare for the new ear under Louis van Gaal for the next season.